No ticket holders correctly picked the winning Mega Millions $510 million jackpot numbers during Friday’s drawing, which was the second-largest jackpot of the year.

The Mega Millions jackpot prize increased to $565 million — a cash option of $293.6 million — for the lottery’s next drawing on Tuesday.

It’ll be a joyous holiday season, however, for two ticket holders in California and Illinois, who both selected all five white balls for a $1 million prize.

Thirty-one ticket holders will ring in the New Year with an extra $10,000 in their wallets.

Lottery fever swept across the nation this year.

In July, Mega Millions lottery hopefuls raced to buy tickets in an effort to claim the massive $1.337 billion jackpot. The eventual jackpot winners chose to remain anonymous after claiming the prize at an Illinois convenience store.

In October, a single ticket holder in California won the $2.04 billion Powerball jackpot, the largest prize ever from any lottery game in the nation.

The current record for the highest Mega Millions jackpot was a life-changing $1.537 billion, won in South Carolina on Oct. 23, 2018. 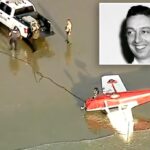 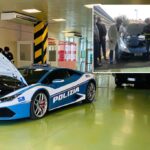