The numbers for the $410 million Mega Millions jackpot were drawn Friday night.

It’s unclear yet if any lucky winners had claimed the life-changing prize. Players have a Hail Mary shot of just 1 in 303 million to win.

Winners have the choice to accept the total $410 million in annual payments over the course of 29 years, increasing by 5% each year,  or a lump sum cash prize of $2138 million.

Two people in Louisiana and New Jersey won prizes of $1 million in the Oct. 4 drawing. The jackpot soared from about $380 million to $410 in the last three days.

This is the third time this year that the jackpot has surpassed $400 million, according to Mega Millions.

A  $1.337 billion Mega Millions jackpot in July sent Americans flocking to their nearest convenience stores  for a chance at the second largest prize in Mega Millions history after no winners were announced for months.

A winner from Illinois claimed the immense prize on July 29.

Mega Millions losers will have another shot at a jackpot worth hundreds of millions of dollars Saturday, when the numbers for a $378 million Powerball will be drawn. 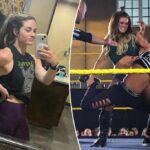 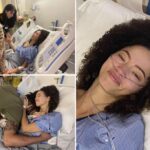