They’re back! Vannessa Cross and Meghan Crumpler are set to make their big TLC return on season 2 of their show, 1000-Lb. Best Friends. The BFFs will continue to document their weight loss journeys as they support each other and help each other meet their goals.

“I’m Vannessa, this is my best friend Meghan,” Vannessa said in a sneak peek of the February 2021 season 1 premiere. “Me and this girl have been struggling with our weight since junior high. We is big.”

At their heaviest, Vannessa and Meghan’s weight combined equaled 1,000 pounds. “Last year, we decided to have weight loss surgery,” Meghan said. “Meghan got the surgery, but I didn’t,” Vannessa added.

The besties documented their journey on season 1 of the discovery+ show Too Large. With the help of famed surgeon Dr. Charles Procter, Meghan was able to qualify for a bariatric procedure.

However, Vannessa did not qualify for surgery during season 1 of Too Large. “Maintaining my diet has been damn near impossible,” she said. In one scene from Too Large, Vannessa weighed in at 448 pounds — which was two pounds more than she weighed when she first went to see Dr. Procter.

“But I’m sick and tired of being fat and tired,” Vannessa told the cameras.

Meghan and Vannessa have been friends since elementary school as they both hail from Georgia. “I was actually being bullied and picked on real bad. Meghan came along and became my best friend. She went to the person and she was like, ‘Excuse me, what are you doing? No, we don’t need to pick on nobody,’ I mean she went off. She was cussin’ them out,” Vannessa gushed in their joint confessional.

They don’t just have each other to lean on, though. They have a full support system in their friends Tina Arnold and Ashely Sutton. “Actually, they want to lose weight too,” Meghan explained in the trailer.

While all four ladies enjoy having fun together, tensions did arise between them on season 1 as they work on their weight loss goals. “I’m jealous of the fact that she did it. It made it look so easy,” Vannessa said in a confessional about Meghan. “It ain’t that easy.”

Fortunately, Vannessa was able to make the lifestyles changes required to be approved for surgery and in a sneak peek of the season 2 premiere, she revealed that she had gotten approved and already underwent the weight loss surgery procedure.

“It’s been about six months since my surgery and I am real happy with the way things are going. Since surgery, I’ve learned to eat better and eat healthier,” Vannessa said in her confessional. “I started exercising three, four times a week. I’ve been pushing myself to every limit I can push. These past few months have been so hard, but honey, let me tell you — the weight has been falling off. I’m feeling amazing. I was always the fat, dumpy caterpillar just going around life. Now, I get to be the beautiful butterfly, open up and spread my wings.”

Keep scrolling below to meet Vannessa and Meghan from 1000-Lb. Best Friends. 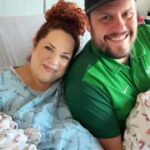 Texas twins end up with separate birthdays in 2 different years 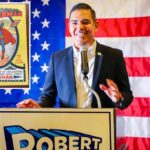