Australian actress Toni Collette announced on Wednesday, December 7, that she was splitting with husband David Galafassi – with whom she shares two children – after nearly 20 years of marriage. Keep reading to find out everything to know about the estranged couple’s kids.

Who Are Toni Collette’s Kids?

Though it appears Toni keeps her kids out of the spotlight – she wiped her Instagram clean and returned to the social media platform just days before announcing her and David’s split – The Sixth Sense actress opened up about whether her kids have seen the iconic supernatural thriller while speaking to People in 2017.

“There’s no way in the world my kids have seen The Sixth Sense. It would scare the s–t out of them,” she said at the time, later noting that she’d likely allow them to watch it when they’re older before adding, “There are very few films my kids can watch that I’ve done!”

While speaking to Time in 2018, the Hereditary actress opened up about her work-life balance and being able to spend time with her children while shooting films – many of them in the horror genre.

“I think I have enough self-awareness to do whatever comes along. I don’t feel like it’s a balancing act at work. But I don’t know – I’ve never had a plan and I still don’t,” she said at the time. “I’m talking around the idea of directing, and just happy being a mom and spending time with my kids. We’re planning a road trip this summer. I haven’t really been to the South of your country, so I’m excited to meet some people, listen to some music, eat some food, swim in some rivers.”

When Did Toni Collette and David Galafassi Split?

The About a Boy alum penned a lengthy note on her Instagram on December 7 detailing the couple’s breakup.

“It is with grace and gratitude that we announce we are divorcing. We’re united in our decision and part with continuing respect and care for each other,” Toni wrote. “Our kids are of paramount importance to us and we will continue to thrive as a family, albeit a different shape. We’re thankful for the space and love you grant us as we evolve and move through this transition peacefully. Big thanks.”

Why Did Toni Collette and David Galafassi Break Up?

The Pieces of Her actress announced her and the musician’s plans to divorce after the Daily Mail published photos of him passionately kissing another woman on the beach in Sydney, Australia. It is unclear if the couple were already separated before making their plans to divorce public.

Reps for Toni Collette and David Galafassi did not immediately respond to In Touch’s request for comment. 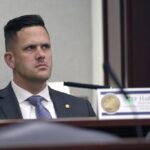 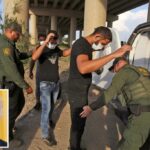