Kevin McCarthy pleaded with Florida Republican Matt Gaetz to change his “present” vote on the House floor late Friday night so that the historic battle for the House speakership could finally end after four days of gridlock.

Gaetz and Colorado Republican Lauren Boebert voted “present” on the 14th ballot, signaling a softening of their anti-McCarthy stances, but it wasn’t enough to hand McCarthy the gavel as tensions rose inside the chamber.

Adding to the drama, Gaetz skipped his turn in the role call and waited until the end to cast his present vote.

With 216 votes, the California Republican was one vote short of becoming House Speaker. He and top ally Patrick McHenry of North Carolina walked over to where Gaetz was seated and pleaded with him for several minutes to change his vote.

In a wild scene, Mike Rogers of Alabama had to be restrained by another lawmaker as he appeared to lunge angrily toward Gaetz.

By that point, McCarthy seemed to realize that the negotiations weren’t getting anywhere and he walked back toward his seat with an irritated expression on his face.

Before the House reconvened, Gaetz told Fox News that he was “running out of things to ask for” from McCarthy.

McHenry, who nominated McCarthy on the 14th ballot, said before the vote that McCarthy has “grown as a leader” during this week’s turmoil.

“He’s relentless. The man does not quit,” McHenry said, adding that McCarthy led the Republicans back to the majority in the House and is the “right person to lead us over the coming two years.”

The House will now vote on whether to recess until Monday at noon. 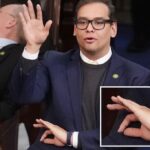 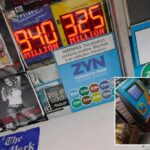