Which Alejandro Mayorkas is correct?

The Homeland Security secretary contradicted himself during a Senate hearing Thursday, admitting that the US is facing a “migration crisis” days after claiming the border with Mexico was secure.

As proof, Mayorkas cited the case of Venezuela, a country with a population of “between 25 and 28 million people. Approximately 8 million of them have left that country.”

“I would ask you for a yes or no answer [on] the southern border,” Portman insisted. “I’ve been to Colombia twice in the last year, I’m very aware of what’s going on with regard to the displaced people out of Venezuela, and for that matter, Nicaragua and Cuba. But the question is all the more pressing. So what are we doing about it? Shouldn’t we be changing our policies at the border to deal with it? … So my question to you again is, is the southern border currently in crisis, yes or no?”

“We are seeing a significant challenge at the southern border, as we are seeing it throughout the hemisphere,” repeated Mayorkas, later confirming to Portman that the 2.3 million border crossings recorded over the 12 months ending Sept. 30 were “the highest on record.”

On Tuesday, Mayorkas told the House Homeland Security Committee that the border was secure in response to a query from Rep. Dan Bishop (R-NC).

“Yes,” Mayorkas said at the time, “and we are working day in and day out to enhance security, congressman.”

Fears have grown this week that the migrant crisis at the southern border could soon become worse after a federal court ruled that the pandemic-era Title 42 border security policy must come to an end Dec. 21.

Title 42 allowed law enforcement officials to remove border crossers, including asylum seekers, for public health reasons without first hearing their cases to stay in the US.

Brandon Judd, the head of the National Border Patrol Council, the union representing rank-and-file agents, told The Post on Tuesday that he expects a “complete explosion” of people trying to enter the country as a result of the ruling.

During Thursday’s hearing, Sen. James Lankford, (R-Okla.) challenged Mayorkas to explain the Biden administration’s plan to deal with up to 18,000 migrants per day.

“Secretary Mayorkas, you and I have talked about Title 42 for about 18 months, and I’ve asked you the question, ‘What happens when Title 42 goes away?’ and for 18 months you’ve said ‘We’re working on it,’” Lankford said.

Mayorkas claimed that his agency has “been executing on the plan” the administration has had in place since April, which he said included, surging resources such as personnel, technology, and transportation, to the border; increasing Customs and Border Protection’s processing efficiency; stiffening the consequences for crossing the border illegally; strengthening nonprofit organizations and police at the local and state levels; targeting smugglers; and working with other nations “to deter irregular migration.”

House Republicans have vowed to investigate the border crisis when they officially retake the majority in January, with some suggesting impeaching Mayorkas in the new Congress. 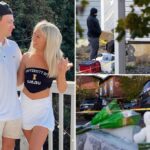 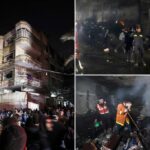