Embattled New Orleans Mayor LaToya Cantrell is under fire once again, this time over her selective use of a male bodyguard’s services and the $175,000 her campaign has paid to an “image consultant.”

The flurry of questions surrounding the mayor comes just three weeks after she was shamed into paying back nearly $29,000 to the city of New Orleans for first-class plane tickets to Europe.

One of the new controversies surrounding the Democrat, who made history in 2018 by becoming the first woman elected as mayor of New Orleans, revolves around Officer Jeffrey Vappie, who has been a member of the mayor’s executive protection team since May 2021.

According to extensive reporting by Fox 8, prior to Vappie’s hiring, Cantrell had never brought security officers with her on the trips she took between 2019 and the beginning of 2021.

All that changed in the fall of 2021, when the mayor flew to Scotland with Vappie.

In Sept. 2022, Vappie joined Cantrell on a trip to Los Angeles, with both the mayor and the security officer flying first-class — although it’s unclear who paid for the travel upgrade.

During that trip, Cantrell attended a fundraising dinner with Brad Pitt at a Beverly Hills mansion.

So far in 2022, taxpayers have paid more than $50,000 for Cantrell’s security team to accompany her on trips both foreign and domestic.

The mayor has gone on 14 trips since January and spent 57 days traveling as of Nov. 15, according to records obtained by Fox 8.

Vappie has provided protection to the mayor on eight trips, and another member of the security team has traveled with her on five trips.

The investigation found that Vappie spent 112 hours spread over 27 days at the married mayor’s $3,000-a-month city-owned apartment in the Upper Pontalba Building with Cantrell, as seen in security footage obtained through a Freedom of Information request that covered 45 days.

Outdoor surveillance cameras overlooking the building even showed Vappie watering the mayor’s plants on the balcony.

Rafael Goyeneche, head of the Metropolitan Crime Commission, a nonprofit dedicated to exposing public corruption, called for a thorough investigation to determine whether the mayor or her security officer has committed any administrative violations.

Meanwhile, Mayor Cantrell is facing questions over payments totaling $175,000 she has made to her personal shopper and stylist Tanya Blunt-Haynes.

The payments to Haynes have increased over time, reaching $6,000 a month in 2021, according to a campaign finance report.

Unnamed sources told Fox* that the FBI has subpoenaed receipts and interviewed employees at Ballin’s, a high-end boutique where Blunt-Haynes had purchased thousands of dollars worth of clothing for the mayor

Cantrell later wore the outfits procured for her by her image consultant to Essence Fest and to the 2018 visit of Spain’s royal couple.

Separately, a grand jury subpoena was served in September at BC Kitchen and Beth, where Blunt-Haynes had purchased a $17,000 kitchen for her home, reported WWL-TV.

Cantrell, who earns $188,000 per year, was previously under fire for purchasing first-class plane tickets to go on official business.

She insisted that the travel upgrades were “business expenses” that were necessary for her well-being and security, saying: “‘Anyone who wants to question how I protect myself just doesn’t understand the world black women walk in.” 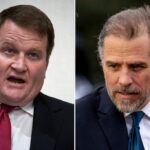 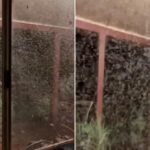