Nobody told him life was gonna be this way.

Matthew Perry said his addiction got so bad that he would visit open houses on Sundays to steal pills from strangers’ medicine cabinets.

“And I think they thought, ‘Well, there’s no way that Chandler came in and stole from us,’” Perry said as he candidly opened up to Diane Sawyer in an interview that aired Friday on ABC.

The “Friends” star tallied up the cost of his struggles, from the 5,000 Alcoholics Anonymous meetings to 15 stints in rehab, to his 55 Vicodin-a-day habit, not to mention a near-death experience, right at a time when he “should have been the toast of the town.”

“I was in a coma and escaped death really narrowly,” Perry told Sawyer in the interview, during which he recalls how drugs overtook fame, and how he spent roughly $9 million trying to get sober.

“I was in a dark room, meeting nothing but drug dealers, and completely alone,” he said.

Perry, whose memoir “Friends, Lovers, and the Big Terrible Thing” is out Nov. 1, told Sawyer how co-star and one-time unrequited crush Jennifer Aniston confronted him on his drinking and drug use.

“Imagine how scary a moment that was,” he responded. “She was the one that reached out the most…I’m really grateful to her for that.”

Perry expanded on the “devastating” matter in an excerpt from his book published by the Times of London.

“‘We can smell it,’ she said, in a kind of weird but loving way, and the plural ‘we’ hit me like a sledgehammer,” Perry wrote.

To this day, Perry said, Aniston’s words stuck with him.

“I had long since gotten over her — ever since she started dating Brad Pitt, I was fine — and had worked out exactly how long to look at her without it being awkward, but still, to be confronted by Jennifer Aniston was devastating. And I was confused,” Perry wrote, adding that he “never worked drunk” — though he “certainly worked hungover” — on the sitcom.

It wasn’t just Aniston who stepped up in Perry’s time of need, though. The cast would “group around [him] and prop [him] up,” he penned. “I was the injured penguin, but I was determined to not let these wonderful people, and this show, down.”

He also shared a timeline of when his addiction was at its worst during the ten seasons of “Friends,” mentioning the end of Season 3 as a specific low point.

“I was spending most of my time figuring out how to get 55 Vicodin a day — I had to have 55 every day, otherwise I’d get so sick,” Perry wrote. “It was a full-time job: making calls, seeing doctors, faking migraines, finding crooked nurses who would give me what I needed.”

Speaking to the New York Times, Perry said he’s “probably spent $9 million or something trying to get sober,” and has been for 18 months now.

Though, it’s “still a day-to-day process of getting better. Every day.”

Now Perry is using his book to help others who’ve undergone a similar battle.

“I wanted to share when I was safe from going into the dark side of everything again,” he told People.

“I had to wait until I was pretty safely sober — and away from the active disease of alcoholism and addiction — to write it all down. And the main thing was, I was pretty certain that it would help people.” 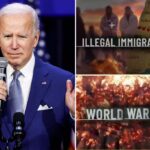 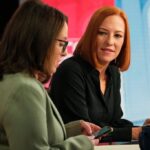