No love lost! Ahead of the November 1 release of his book, Friends, Lovers and the Big Terrible Thing, Matthew Perry is making his feelings about John Wicks star Keanu Reeves clear. In an excerpt of the book published by Page Six, the Friends star reflects on his relationship with the late great River Phoenix – who tragically died at just 23 years old – casting Keanu in a negative light while doing so.

“River was a beautiful man inside and out – too beautiful for this world, it turned out,” the 17 Again actor attests. “It always seems to be the really talented guys who go down. Why is it that the original thinkers like River Phoenix and Heath Ledger die, but Keanu Reeves still walks among us?”

The eyebrow-raising comment comes as Matthew shines a new, vulnerable light on his battle with addiction. River – the older brother of Joker actor Joaquin Phoenix – similarly struggled with substance use during his short life. Matthew and Phoenix shared a close relationship in the 1990s, with the Fools Rush In actor telling the Irish Times in 2019 that the young talent was “definitely [one of] my closest friends from that era.”

One sucker punch wasn’t enough for Matthew, as he took yet another dig at Keanu while reflecting on the late Chris Farley. The actor was known for his iconic stretch on Saturday Night Live and starred alongside Matthew in the 1998 film Almost Heroes. Tragically, Chris died five months before the film was released, leaving his costar in a terrible state.

“I punched a hole through Jennifer Aniston’s dressing room wall when I found out [about Chris’ death],” the Friends actor reveals in his new memoir, before including the same sentiment about the leading man of The Matrix. “Keanu Reeves walks among us,” he writes, doubling down on his stance.

In his new memoir – in which the Friends star seemingly holds nothing back – Matthew doesn’t just shade Keanu. He further discusses his relationship with River, revealing that the Running On Empty star had “an aura around” him. Sharing the harrowing memories of Phoenix’s death, Matthew writes, “I heard the screaming from my apartment; went back to bed; woke up to the news.” The young Hollywood hopeful died due to a drug overdose, collapsing outside the Viper Room nightclub on Halloween night 1993. 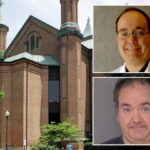 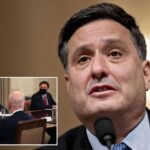