Actor Matthew Perry is revealing details about his “dark” times battling addiction, including when a doctor said he only had a “two percent chance to live,” in his new memoir, Friends, Lovers and the Big Terrible Thing.

“That’s the time I really came close to my life ending,” the Friends star, 53, told People about the grim moment after his colon burst, causing him to be hospitalized for five months. “I was put on an ECMO machine, which does all the breathing for your heart and your lungs. Every doctor says it’s a Hail Mary. No one survives that. So the big question is why? Why was I the one that survived? There has to be some kind of reason.”

Matthew was in a coma for two weeks and woke up with a “colostomy bag” because the doctors were unable to do surgery. “They said, ‘It’s all too messy down there,” the 17 Again actor recalled. “But in about a year you can reverse that.’ It was pretty hellish having one because they break all the time.”

His life experiences have led Matthew to being “an extremely grateful guy” and he now feels like he has “the possibility to do anything.”

As to why he began his book with such a dark story, the Massachusetts native thought it “would be grabbing” for readers, adding, “Especially to people who have this problem, and how dark it can get.”

The experience was harrowing to say the least, but it led the Whole Nine Yards star to give up prescription opioids. “My therapist said, ‘The next time you think about taking OxyContin, just think about having a colostomy bag for the rest of your life,’” he said. “And a little window opened, and I crawled through it, and I no longer want OxyContin.”

In addition, Matthew has been on a sobriety journey to give up alcohol after he had an encounter with God in his kitchen where he “felt loved and understood.” Although he prefers not to disclose the amount of time he’s been sober from drinking, he is dedicated to bettering himself each day.

“It’s important, but if you lose your sobriety, it doesn’t mean you lose all that time and education,” the Odd Couple actor explained. “Your sober date changes, but that’s all that changes. You know everything you knew before, as long as you were able to fight your way back without dying, you learn a lot.”

That being said, Matthew acknowledged that “everything starts with sobriety” and it is “right up there” as one of the most important things in his life. “If you don’t have sobriety, you’re going to lose everything that you put in front of it.” 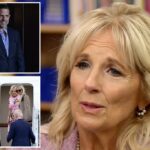 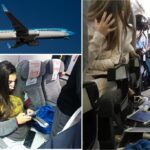