“The farm’s officially on the market,” Matt, 61, said during a teaser trailer for the upcoming season, which was shared via TLC’s Instagram page on Thursday, October 20. “But I never said anybody would inherit it.”

The clip then cuts to Matt’s ex-wife Amy Roloff telling producers, “It didn’t go down well,” referring to negotiations between the patriarch and his adult sons. Matt decided, against his family’s wishes and after failing to come to an agreement with Zach, 32, and twin brother Jeremy Roloff, to place a portion of his Oregon farm on the market earlier this year.

“Well, the cats out of the bag. I want to make sure you all hear the big news directly from me,” Matt shared in an Instagram announcement on May 12, showing him in front of the “for sale” sign.

“All of [Roloff Farms] has brought me and our family great joy for the past 30+ years! Today 16 acres of the farm’s 109 acres go up for sale including our original family home and bright red barn,” he continued. “It’s a tiny bit scary but mostly exciting … it’s time to move toward the next season of life.”

While the parcel of land has not yet found a new owner, both Zach and Jeremy, 32, have been vocal about their feelings towards their father following his decision to sell.

“In my mind, my dad screwed the family,” Zach – who shares children Jackson, Lilah and Josiah with wife Tori Roloff – said during a confessional in the trailer.

Although Matt is now claiming he never agreed to pass down the family farm to his children, he previously revealed that his sons were offered a “substantial family discount,” which Zach called “extremely misguided and false.”

“My twin boys decided not to consider working together toward a possible joint sale. Both of them (along with their growing families) had moved on to other interests and investments,” Matt shared via Instagram three days after announcing the sale. “They decided individually that the timing was not right for them to purchase a part of the farm at this time.”

The father of three slammed his father’s remarks, saying, “My dad is manipulating the narrative right before the season comes out.”

“Once again, like he has for most of his life, [he is] not taking responsibility for his own actions and blaming others. Dragging the family drama that he created and then [manipulating] the fanbase to make himself come out OK. This post is a new shocking low of cowardice and manipulation of his family and kids for his own gain.”

The drama continues when season 24 of Little People, Big World premieres on November 1 on TLC. 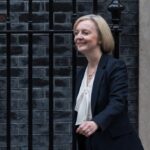 Liz Truss can still get a six-figure-a-year payout, even after quitting PM job 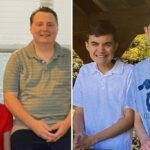