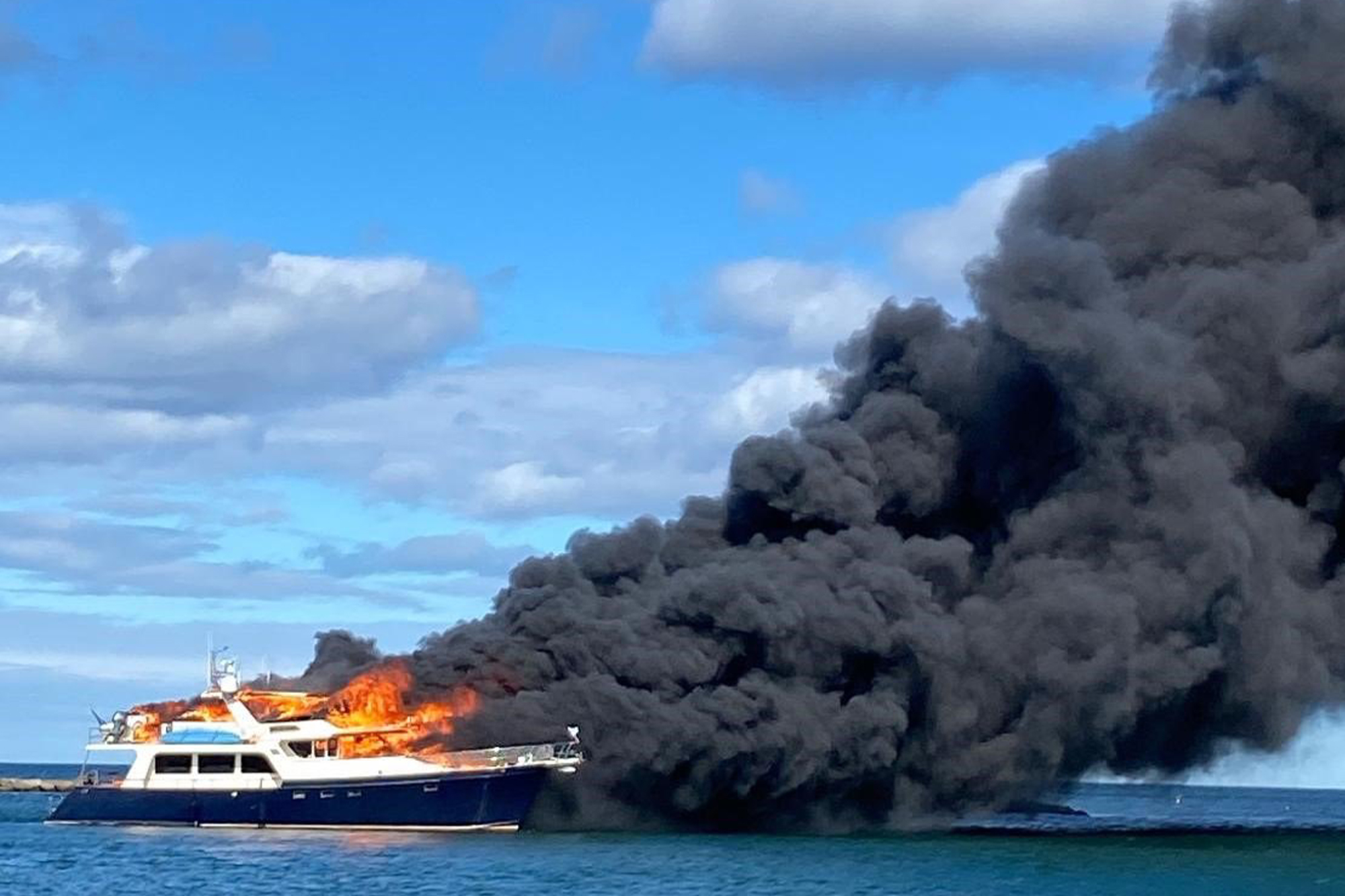 The group were onboard the 72-foot vessel, named the Elusive, on their way to a marina on the Piscataqua River in New Castle when they noticed black smoke coming from below the deck at around 4 p.m., the New Hampshire Department of Safety said.

The three people as well as their two dogs jumped into the river as the Elusive went up in flames. All five were rescued by good Samaritans on nearby boats.

The three boaters — identified as Arthur Watson, 67, and Diane Watson, 57, of New Canaan, Connecticut and Jarrod Tubbs, 33, of Jupiter, Florida — were taken to a nearby hospital, treated and released.

The yacht — shown engulfed in flames and dark smoke in photos shared by the Coast Guard — eventually drifted into Maine waters where it sank about two hours after the initial 911 call.

Authorities are investigating the cause of the fire.