A working mom of three from Massachusetts mysteriously vanished after leaving home to catch a flight on New Year’s Day — sparking a statewide police search as her loved ones fear the worst.

Ana Walshe, 39, of Cohasset left home in a rideshare bound for Logan International Airport in Boston at 4 a.m. to commute to Washington, DC for her job at a real estate firm, according to police.

But Walshe, who has three young sons, never boarded the plane and hasn’t been seen since, Cohasset cops and a friend told wcvb.com.

“She’s a loving and loyal wife and mother of three beautiful boys. I know in my heart, that of her choice, she would not go a day without speaking to her husband and her kids.”

Cohasset Police Chief William Quigley said Friday that Walshe is being treated as a missing person, and that authorities are searching for her along Route 3A in the Cohasset area.

“It’s not normal she is missing. We automatically feel she is in danger by the mere fact she is missing,” Quigley said at a press conference.

But he stressed that police have uncovered no sign of foul play.

“We are trying to locate Ana and get her home safely. We have nothing to support anything suspicious or criminal,” Quigley said, adding the State Police Special Emergency Response Team has joined the hunt.

Walshe left no digital footprint and had turned off her phone on Jan. 1, according to Quigley.

There is also no record of her using her credit cards after New Year’s Day, he said.

In 2021, Walshe’s husband, Brian Walshe, pleaded guilty in federal court to selling two fake Andy Warhol paintings to a South Korean buyer for $80,000 — but Quigley said the case appears unrelated to her disappearance.

“It’s not abnormal for her to work long hours and not contact the home right away,” he said. “It may be a case where she just needed a break, we just need a call from her or someone who has talked to her.”

Walshe regularly commutes to DC, where her family owns a townhouse.

She speaks with an eastern European accent, is  5-foot-2 inches tall and roughly 115 pounds, according to police, who are seeking tips about her whereabouts. 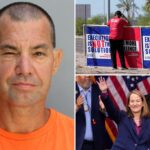 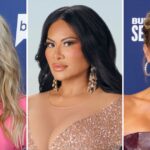