A Massachusetts woman has been charged with the hammer slaying of her friend and former landlord after he discovered she’d swindled $40,000 from him by forging his checks, authorities charge.

Xiu Fang Ke, 43, was arrested when Leonard Garber, 65, was found beaten to death in his Newton home just outside Boston on Wednesday.

The victim’s body was discovered wrapped in a curtain and buried under construction materials, according to Middlesex District Attorney Marian Ryan. Investigators believe he may have been there for more than a day.

Garber’s family reported him missing Monday but police say they didn’t spot his body during a welfare check that day.

When the victim’s family re-flagged their concerns, officers returned Wednesday and made the grim discovery.

Amid the investigation, police learned that Garber and Xiu had been spending time together — and that she had allegedly been forging checks from her former landlord’s accounts.

When Garber became aware Xiu had stolen more than $40,000 from him, he confronted her and she fatally struck him, authorities said.

Police reviewed surveillance footage from Garber’s home and spotted an Asian female, later identified as Xiu, allegedly entering the home in the days before his body was discovered. 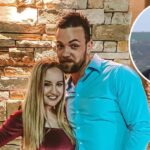 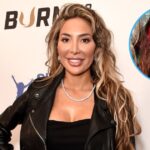 Farrah Abraham on Daughter Sophia Getting a Tattoo, Piercings