A New Jersey woman accused of shooting dead her husband on Christmas Day claimed she killed him in self-defense — despite prosecutors pointing out the victim was watching TV while naked in bed when he died.

Marylue Wigglesworth, 51, from Hamilton Township, was ordered Tuesday to remain jailed until her murder trial stemming from the fatal shooting of her husband, 57-year-old David Wigglesworth.

Atlantic County Superior Court Judge Patricia Wild refused to set a bond for Wigglesworth’s release because of the severity of the charge against her.

Wigglesworth’s defense team argued that their client has been “overcharged” for acting in self-defense, claiming that the woman “feared for her life” during a fight with her allegedly abusive husband, according to The Press of Atlantic City.

Atlantic County Assistant Prosecutor Seth Levy countered by telling the court that the victim was “naked and in bed with the TV on” when he was fatally shot by his wife inside their home in the 5200 block of Somers Point-Mays Landing Road on the night of Dec. 25.

Wigglesworth’s lawyers claimed that she was the victim of domestic abuse, and had bruises and injuries on her arms and torso on Christmas.

Defense attorney Melissa Rosenblum also stressed that Wigglesworth openly admitted to the killing, telling police at least six times that she shot her husband David during an altercation.

Prior to his death, David Wigglesworth — known as “Wiggy” to friends and family — was active in local politics. In 2019, he unsuccessfully campaigned as a Republican for township committee, New Jersey 101.5 reported.

When he was not pursuing a career in local politics, Wigglesworth made a living as a union electrician.

His wife volunteered for various churches and had no history of run-ins with the law — a fact her defense team pointed to in arguing for her release.

“The court does not find that those particular arguments have overcome the presumption of detention,” Judge Wild ruled.

Wigglesworth is due back in court for another hearing on Feb. 3. 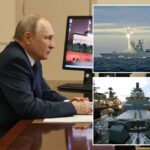 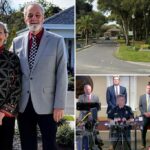