Firebrand Reps. Marjorie Taylor Green and Paul Gosar have been reassigned to House committees after being stripped off their panel roles in the Democratic-controlled Congress in 2021.

Their committee assignments are pending the approval of the full House GOP conference, which is expected.

Gosar previously sat on the Natural Resources and Oversight panels before he was removed by Democrats in November of 2021, 10 days after tweeting a video depicting himself as an anime character assassinating progressive New York Rep. Alexandria Ocasio-Cortez and attacking President Biden.

Greene was stripped of her assignments on the Education and Budget committees in a nearly party-line vote in February 2021 after social media posts she made endorsing conspiracy theories resurfaced. Greene also liked a Facebook comment calling for the murder of then House Speaker Nancy Pelosi (D-Calif.).

In November of 2021, Rep. Kevin McCarthy (R-Calif.) said both Greene and Gosar would have their privileges restored in a Republican-controlled House.

Gosar had initially voted against McCarthy to lead the House in the four-day marathon House speaker election but later changed his vote in support of him.

Greene supported McCarthy for speaker on all 15 ballots.

In a statement on Tuesday, Green said she was “honored to be selected to serve on what could arguably be the most important committee this Congress.”

“Joe Biden, be prepared. We are going to uncover every corrupt business dealing, every foreign entanglement, every abuse of power, and every check cut for The Big Guy,” said Greene of her plans on the Oversight committee.

The House Oversight Committee, headed by Rep. James Comer (R-Ky.), is set to investigate the crisis at the southern border, the business dealings of President Biden’s son Hunter Biden, and the origins of COVID-19, among other issues.

Last October, the far-right Greene warned McCarthy that he would need to give her more “power” and “leeway” in order to keep GOP voters happy.

“I think that to be the best Speaker of the House and to please the base, he’s going to give me a lot of power and a lot of leeway,” Greene told the New York Times Magazine. “And if he doesn’t, they’re going to be very unhappy about it. I think that’s the best way to read that.

“And that’s not in any way a threat at all,” the 48-year-old lawmaker added. “I just think that’s reality.”

During the interview, Greene told the outlet that she would “also like to be on Judiciary,” a committee for which she was not selected for. 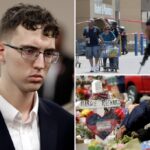 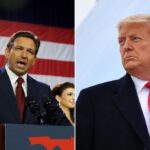