They may phone home, but it could be to Beijing.

That’s the assessment of a US intelligence report on UFOs, which attributes many military sightings of unknown flying craft to foreign surveillance drones or airborne waste, the New York Times reported.

The latest revelations are contained in a classified update to a report last year that investigated 144 UFO sightings by US government personnel between 2004 and 2021, sources told the newspaper. That update is expected to be given to Congress Monday.

The sources, who spoke to the Times on the condition of anonymity, said that several instances of unknown aerial phenomenon had indeed been attributed to relatively mundane drone technology used by the Chinese government.

Beijing, which is known to have stolen plans for next-generation fighter aircraft, is also keen to learn how US pilots are trained, the sources said.

Sue Gough, a spokeswoman for the Department of Defense, said, however, that no one explanation described the majority of the UFO sightings investigated.

Most incidents could be attributed to foreign intelligence gathering or shreds of airborne trash such as balloons, the sources said.

The Pentagon said in May that a particular, declassified incident involving what looked like flying triangles were actually ordinary drones distorted by night vision.

It’s unknown how much of the update, if any, will ever be made public.

And some sightings — particularly older ones — are unlikely to ever be explained.

“In many cases, observed phenomena are classified as ‘unidentified’ simply because sensors were not able to collect enough information to make a positive attribution,” Gough told the paper. 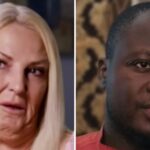 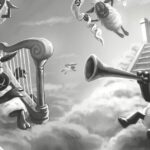