Sens. Kyrsten Sinema and Joe Manchin high-fived each other in celebration of preserving the Senate filibuster that blunted parts of President Biden’s domestic agenda during an appearance at the World Economic Forum in Davos, Switzerland. ​

Sinema (I-Ariz.) and Manchin (D-WV) were part of a panel on Tuesday ​at the annual meeting in the Alpine resort of the world’s top business leaders and CEOs when Sinema condemned partisanship as “not healthy for democracy.”

“While some would say that there were reluctant folks working in Congress in the last two years,” she said, making an inclusive gesture to Manchin who was sitting next to her, “I would actually say that that was the basis for the productivity for some incredible achievements that made a difference for the American people in the last two years.”

“We still don’t agree on getting rid of the filibuster,” Manchin piped up, before turning toward Sinema for the high-five.

The remarks from Manchin and Sinema, who left the Democratic Party last month to become an independent, came in response to Illinois Gov. J.B. Pritzker, who praised Biden for getting legislation passed despite “reluctant” Democrats.

Sinema and Manchin had wide influence in the last Senate, which was split 50-50 with Vice President Kamala Harris casting any tie-breaking votes.

The senators last January refused to change the Senate’s filibuster rules, which requires a 60-vote threshold to pass most legislation — the only two Democrats who joined all 50 Republicans in opposition. 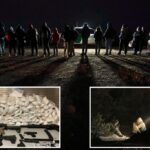 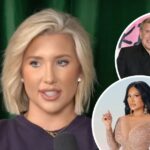