A Texas grand jury has dismissed a criminal charge against a Houston man who was accused of hurling cans of White Claw hard seltzer at Sen. Ted Cruz during an Astros World Series parade.

Joseph Arcidiacono, 33, was arrested in early November on a felony count of aggravated assault with a deadly weapon stemming from the can-hurling kerfuffle.

On Friday, the 182nd District Court dropped the charge against Arcidiacono after the grand jury declined to indict him, citing insufficient evidence, reported Houston Chronicle.

As of early Monday, the Republican senator from Texas has not publicly commented on the outcome of the case.

Cruz was riding atop a Humvee in the Nov. 7 parade celebrating the Houston Astros’ World Series title when a pair of White Claw cans were thrown at him, with one of the containers striking his chest or neck area.

At the time of his arrest along the parade route, Arcidiacono was quoted as telling cops, “I know, I’m an idiot. I’m sorry,” according to prosecutors.

Arcidiacono was released from jail on $40,000 bond after being ordered to wear a GPS ankle monitor, stay at least 1,000 feet away from Cruz’s work and home.

The lawmaker did not require medical attention and laughed off the incident, saying he was glad that Arcidiacono was a “clown” with a “noodle for an arm.”

“I mean, listen, if he threw a 100 mile an hour fastball, I might be in a very different condition,” the 51-year-old joked as he took a sip from a White Claw can during a taping of his podcast.

Arcidiacono’s attorney, Bill Stradley, subsequently released a statement arguing that his client had no intent to commit an act of political violence against Cruz, who was met with jeers and rude gestures during the parade.

“Instead, this was an Astros fan trying to toss drinks from his cooler to the Senator during a championship parade and not realizing how it would be perceived until he saw security’s reaction,” the lawyer wrote.

According to Stradley, Arcidiacono texted a friend on the eve of the parade, saying: “My dream would be to throw one of the players a beer. Doubt it would happen haha but that would be epic.”

In his statement, the seltzer-slinging suspect’s attorney apologized on his client’s behalf to Cruz, his family and his security team, and begged the senator for “grace.” 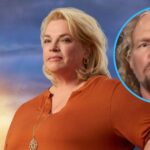 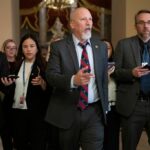