A United Airlines passenger whose altitude was further fueled by magic mushrooms wreaked havoc on a Miami to Washington, D.C., flight, including an attack on a flight attendant, federal authorities charged.

Cherruy Sevilla allegedly “yelled, exhibited disturbing/uncontrolled behavior, and assaulted at least two individuals” during the wild Tuesday ride — one a flight attendant whose right breast he “grabbed and twisted,” according to an affidavit filed Wednesday in the U.S. District Court for the Eastern District of Virginia.

He copped to taking the hallucinogen psilocybin, often referred to as “magic mushrooms,” after FBI agents busted him when the plane landed at Dulles Airport in northern Virginia.

Sevilla, who said he had taken the drug before, “was not totally surprised that he acted this way after consuming” it, authorities said.

The freak out began about one hour into the two-hour flight and ended with him screaming and yelling “incoherent things” while handcuffed, the filing said.

Over the course of his chaotic outburst, the Miami man allegedly wandered around the plane, ran up and down the aisle, clapped loudly and grabbed the arm of a female passenger.

He “refused to remain seated” and even laid on the floor at one point, the filing said.

When a flight attendant “calmly” asked him to return to his seat, he grabbed her breast — prompting other passengers, including an on-board law enforcement officer, to restrain him, authorities said.

The high-as-a-kite traveler spent the rest of the flight screaming obscenities while under the watch of the officer and a flight attendant. He’s due back in court Thursday.

“We’d like to thank our crew for handling this difficult situation with professionalism,” the airline said in a statement provided to NBC News. 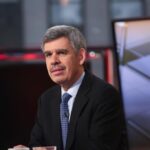 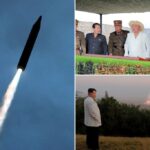