A Massachusetts man fatally shot his fiancée’s father and wounded her sister and mother before turning the gun on himself following an argument over living arrangements.

Police responded to the Fall River early Wednesday morning after the shooter’s fiancée called and reported that her betrothed, 25-year-old Christopher Jean Baptiste, had shot three of her family members and then himself, Bristol County District Attorney Thomas Quinn told WCVB.

The fiancee’s family had moved into the young couple’s home several months ago while they looked for another place to live, officials said.

Jean Baptiste told his fiancée Tuesday that he wanted her family to leave, according to the DA’s office. Hours later, he allegedly told her that her family had to leave immediately while holding a gun.

Jean Baptiste started fighting with his fiancée’s 69-year-old father, Hubert Labasquin, and at one point he was shot.

While the fiancee phoned 911, Jean Baptiste allegedly shot her mother and sister before himself.

Labasquin was taken to Rhode Island Hospital where he was pronounced dead. Jean Baptiste was declared dead at Saint Anne’s Hospital.

The fiancée’s mother, a 59-year-old woman, and 25-year-old sister, were taken to Saint Luke’s Hospital with non-life threatening injuries.

Officials said that the investigation is ongoing and that there is no ongoing threat to the community. 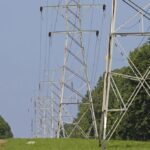 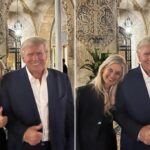