A Texas man has been charged with murder for the deaths of a 20-year-old pregnant woman and her unborn baby last fall.

Keylin Hollins, 20, was arrested Tuesday and charged with counts of capital murder and aggravated assault stemming from a shooting in September that left Jennifer Hernandez dead and her 17-year-old boyfriend wounded.

Hernandez was eight months pregnant with her first child, a boy, when she was riddled with bullets in Houston on Sept. 16, just one day before her baby shower.

The Harris County Sheriff’s Office said at the time that Hernandez and her boyfriend had just left a Shell gas station and stopped at an intersection when a white sedan sped up behind them and its occupant opened fire at the couple.

Hernandez was shot multiple times and pronounced dead at a hospital. Her baby could not be saved either.

The 17-year-old told police he had no interactions with the person inside the white sedan that could have triggered the shooting.

More than four months later, no motive has been released, and it’s unknown whether Hollins had any ties to either Hernandez or her boyfriend.

According to the authorities, at the time of the deadly incident Hollins was out on bond on charges of evidence tampering and theft, reported ABC 13. His rap sheet also includes counts of aggravated assault with a bodily injury and evading arrest.

Hollins appeared in court Thursday and a judge set his bond at more than $1 million.

Hernandez’s family members previously said the young woman was excited about welcoming her son and planned to open a nail salon. 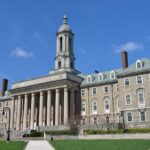 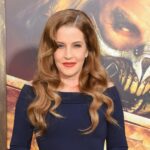