A Brazilian man will make his eye-catching debut in the Guinness World Records next year when he’s recognized for the farthest eyeball pop.

Sidney de Carvalho Mesquita, also known as Tio Chico, holds the record for men thanks to his eyeballs, which protrude a whopping 0.71 inches beyond his sockets.

De Carvalho Mesquita discovered his eye-popping talents at the age of nine while making silly faces in the mirror.

While impressed with his unusual skill, his family was first concerned it could be a sign of an illness.

Luckily for De Carvalho Mesquita, that wasn’t the case.

He has since been able to utilize his gift in both personal and professional ways, and is hoping to become known for his talents not just in his home country of Brazil, but across the globe as well.

“My skill is definitely a gift. It came from my father, my mother and the creator, too,” de Carvalho Mesquita told Guinness World Records.

The medical term for what makes de Carvalho Mesquita’s eyes pop is known as globe luxation, an incredibly rare condition that can be measured by an optometrist.

De Carvalho Mesquita described the feeling when his eyeballs pop out of their sockets as “letting go of some part of my body.”

While performing his stunt, de Carvalho Mesquita loses the ability to see for a few seconds before his eyes can re-focus. He can pop his eyeballs out for 20 to 30 seconds at a time.

De Carvalho Mesquita’s talents go far beyond his eye-catching tricks. While he loves attending live events to entertain people with his gift, de Carvalho Mesquita is also a drummer and DJ, and sometimes cosplays as Uncle Fester from the Addams Family.

He also works full-time in sales in the electronics industry, and owns a hamburger delivery company called Tio Chico’s Burger.

Most of his free time, however, is spent with his number-one fan, his wife Egly, who he says didn’t know of his unique ability until they were already engaged. The eye-catching trick was quite the surprise for Egly, who witnessed it for the first time when a friend asked de Carvalho Mesquita to pop his eyes.

De Carvalho Mesquita said finding out his eyeball pop would place him in the Guinness World Records was a feeling of “pure excitement mixed with elation and ecstasy.”

“A dream come true means opening doors for my work to be even more recognized, and I hope to make the most of this great opportunity as part of the Guinness World Records family,” he said. 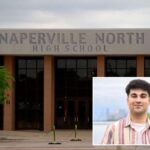 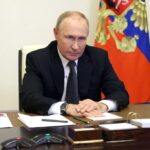