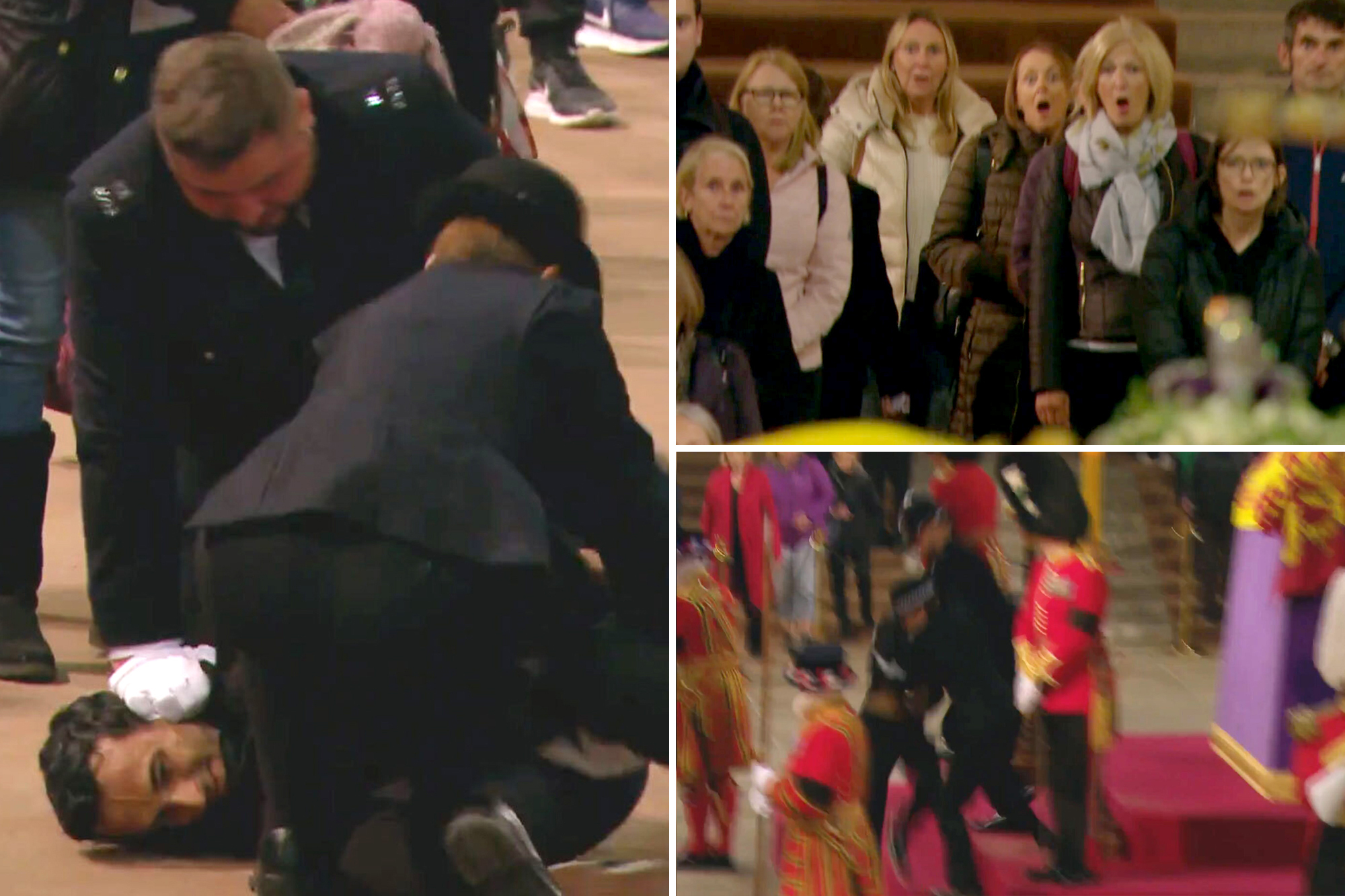 The chaotic scene unfolded in front of dozens of horrified witnesses who waited hours to pay their respects to Her Majesty.

Photos from the scene show police officers subduing the man, who reportedly made it up the catafalque and touched the Queen’s coffin.