A new poll shows an overwhelming majority of Americans believe President Biden is ignoring their top concerns, while more people support Republicans taking control of Congress — a double-barrel of bad news for Democrats with fewer than three weeks to go before the midterm elections.

Just 31% of Americans agree that Biden was “giving enough attention to the issues that are most important to your family,” according to the Monmouth University survey released Thursday.

By contrast, 63% said they wished Biden would give issues such as inflation more attention.

The Monmouth poll found rising prices to be the top issue of concern for voters, with 85% calling inflation an “extremely” or “very” important matter for the government to address.

“Inflation has become even more front and center than it already was,” said Patrick Murray, director of the independent Monmouth University Polling Institute.

“On one hand, the partisan shift on this issue could result in more enthusiastic Republicans and less motivated Democrats,” Murray added. “On the other hand, the effect of this issue may be capped among more persuadable voters.”

The next four issues Americans deemed “extremely” or “very” important were crime (75%), jobs and unemployment (74%), elections and voting (74%) and domestic terrorism and hate groups (68%).

The poll also measured the generic congressional ballot, with 40% of Americans saying they wanted the GOP in charge and 9% leaning Republican. Democrats received 35% support with another 10% leaning that way.

A CNBC poll released early Thursday found that most Americans are unhappy with the economy and more people, by double-digit margins, say Republicans are better equipped to fix it.

Two other polls released this week also found that the economy and inflation were top concerns for voters.

A staggering 93% of registered voters said in a Morning Consult/Politico poll that they are “concerned” with inflation, and the New York Times-Siena College poll found that the economy and inflation were the most important issues to a combined 44% of likely voters.

The Monmouth University Poll was conducted from Oct. 13-17 with 808 adults in the United States participating. It has a margin of error of plus-or-minus 5.2 percentage points. 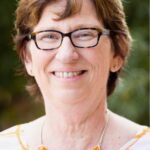 Leading While Leaving – Leading As Lawyers 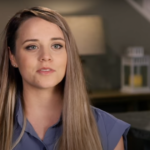