Painful memories. Prince Harry recalled King Charles making “sadistic” jokes about not being his “real father” amid public rumors that his “actual father” was one of Princess Diana’s “former lovers” in his book, Spare.

“Pa liked telling stories, and this was one of the best in his repertoire. He’d always end with a burst of philosophizing … Who knows if I’m really the Prince of Wales? Who knows if I’m even your real father?” the redheaded royal writes in his memoir, per quotes from Page Six.

Harry said his father would “laugh and laugh” at his own “unfunny joke,” explaining, “the rumor circulating just then that my actual father was one of Mummy’s former lovers: Major James Hewitt.”

Harry noted that he and Charles never spoke directly about Major Hewitt, but it was widely known that Diana engaged in a five-year affair with the military man after they met at a dinner party in 1986. Considering Harry was born in 1984, the rumors are not factual, but he theorized why it became such a popular headline.

“Maybe it made them feel better about their lives that a young prince’s life was laughable,” his memoir continued. “Never mind that my mother didn’t meet Major Hewitt until long after I was born.”

The military man has also adamantly denied being Harry’s birth father, previously saying that the rumors “sell papers.” For her part, Diana was reportedly distraught over the speculation.

“A simple comparison of dates proves it is impossible for Hewitt to be Harry’s father. Only once did I ever discuss it with her, and Diana was in tears about it,” James’ former personal protection officer and confidant, Ken Wharfe, wrote in his book Diana: Closely Guarded Secret.

After Diana and James’ affair ended in 1991, the major became a controversial figure in the U.K. when he began capitalizing on his former relationship with the royal, who died during a car accident in August 1997. He not only released private love letters between the two, but he cowrote the 1994 book Princess in Love with Anna Pasternak and released another memoir, Love and War, in 1999.

In her own words, Diana addressed the affair during a 1995 interview with the BBC. “Yes, I adored him. Yes, I was in love with him. But I was very let down,” she said, referencing James’ dalliances in the media. 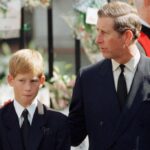 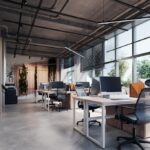