The father of slain University of Idaho student Madison Mogen believes the person who stabbed his daughter and three of her friends to death will be caught.

Ben Mogen told the Spokesman-Review he remains optimistic that the efforts of the Moscow, Idaho, police, FBI and state troopers will solve the crime, even though they have yet to announce any suspects or clear working leads six weeks after the brutal quadruple slaying.

“From the very beginning, I’ve known people don’t get away with these things these days,” the grieving dad said of the brutal early morning stabbings that took place on Nov. 13.

“There’s too many things that you can get caught up on, like DNA and videos everywhere,” he said, even though so far such a clue does not appear to have been found.

“This isn’t something that people get away with, that goes unsolved,” he told the Idaho newspaper.

Still, Mogen said it has been excruciating waiting for a breakthrough so long after his 21-year-old daughter was stabbed alongside her best friend Kaylee Goncalves, also 21, their housemate Xana Kernodle, 20, and her boyfriend Ethan Chapin, 20.

“There were so many questions I figured would be answered, and we’re still waiting,” Mogen told the paper.

Unlike Goncalves’ father — who has repeatedly criticized the police investigation and the lack of updates — Mogen spoke highly of the daily check-ins he gets from officers.

He also remains confident in the small-town Moscow force, which is leading the investigation, given it has assistance from state and federal agencies.

“I have to just know that they know what they’re doing, and if they don’t, then they know someone that does,” Mogen said of investigators.

Having information from official sources also helps him stay away from the ill-informed guesswork of online sleuths.

“I can get all my news about it right from [the investigators], and I don’t have to try and drudge through all this misinformation,” he said.

“I just have to take the higher road on that kind of stuff or else it will be damaging to my well-being; I mean, it’s hard enough as it is,” Mogen said. “I’m just trying to get through these days one at a time.”

Mogen recalled getting the news of his daughter’s death while at a cinema, with his daughter’s mom, Karen Laramie, and his own mom trying to reach him at the same time.

“I was thinking of all these terrible things that I was preparing for, and none of them prepared me for what they actually told me,” he said.

When he finally got hold of Laramie, “We didn’t even know what to say to each other, we just both were sobbing,” he said of the call with his ex.

“We just cried together on the phone, I guess. There’s just no words for any of that.”

He recalled his daughter as being “smart and funny” and “a real go-getter.”

“I am so proud to be able to say that she was my daughter and what she was doing with her life and where she was headed,” Mogen told the paper. “She was living the life that she deserved.” 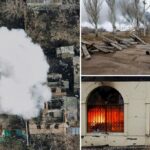 Ukraine on the verge of recapturing Kreminna from Russia 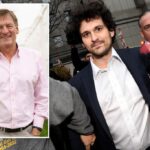