The prime suspect in the chilling Madeleine McCann case was charged with several sexual offenses against children.

Christian Brueckner, a convicted rapist, was charged in Germany with a string of lewd crimes he allegedly committed in Portugal.

Brueckner is charged with three counts of aggravated rape and two counts of sexual abuse of children.

The prosecutor’s office said the charges do not relate to the McCann case.

The sex crimes allegedly took place between December 2000 and June 2017 in Portugal, according to officials.

“The accused is the same person against whom charges were brought in connection with the disappearance of the then 3-year-old British girl Madeleine Beth McCann,” the Braunschweig prosecutor’s office said in a statement.

“The investigation into the disappearance of Madeleine McCann continues.”

Brueckner, referred to as Christian B in Germany due to the country’s strict privacy laws, is currently serving a jail sentence for raping a 72-year-old woman in the same resort where McCann went missing.

The 3-year-old vanished during a family vacation in the resort of Praia de Luz in Portugal’s Algarve region in 2007. She went missing from the resort on May 3, a few days before her fourth birthday.

The toddler’s parents had left their three children sleeping in the apartment while they went to a restaurant nearby, returning regularly to check on McCann and her siblings.

But when her mom checked on the kids at 10 p.m., she was horrified to find the door and window to their bedroom wide open and the toddler nowhere to be found.

Brueckner has denied involvement in the disappearance of McCann. 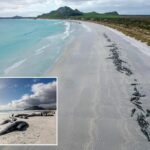 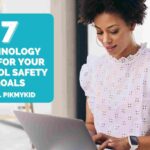