Maddie and Caleb first announced they purchased the two-story home in July 2021, sharing photos of themselves posing outside of the property featuring a large front lawn.

“Well North Carolina, it looks like we are staying! Feeling so blessed and excited!” she captioned her announcement on social media at the time, next to portraits of herself and Caleb holding up a sign that read, “We said ‘yes’ to the address.”

Back in July 2019, the mom of two, who was pregnant at the time with daughter Evie, shared a heartwarming family photo showing off her growing baby bump.

“Brush Family Photos before we become a family of 4,” she wrote, to which one fan replied, “Love this! Curious what made you guys move to NC?”

Maddie explained the reason behind their relocation in her response, writing, “My husband got a job out here.” She and Caleb have been married since June 2016, having exchanged their vows in an intimate outdoor ceremony held in Bozeman, Montana, that many of their friends, family members and loved ones attended.

During her Q&A, Maddie also gushed over how much she “loves” having Ysabel under her roof after sharing news about her half-sister moving in.

“Added another Brown to our East Coast tribe!” Maddie wrote, revealing Ysabel was going to a college nearby. Ysabel was just as enthused for her next chapter, taking to Instagram with a statement about her new digs.

“So excited to start my new life in a beautiful place with a beautiful family,” Ysabel wrote in her own post, to which Janelle responded, “It’s going to be epic!”

Ysabel documented her move to North Carolina during season 17 of the long-running series following Christine and her father, Kody Brown’s divorce. The teenager believed it would be good for the mom of five and her to live separately and become self-sufficient.

“When she [Christine] was going through it, she sought out me,” the college student told producers during a November 2022 episode. “I think it’s hard for a young kid to see their mom in such a sad state … it was really hard living at home the last year.”

One of the Brown family members isn’t so enthused about Ysabel being away, however. “Im suing the state of North Carolina for stealing my sister,” Gwendlyn Brown, another child of Christine and Kody, quipped about her sibling on Instagram in February 2022. “I’ve won before and I’ll win again.”

Scroll down to check out Maddie and Caleb’s gorgeous home. 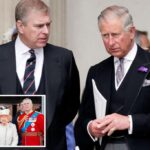 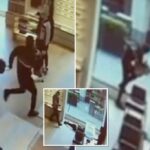