The famous wax museum Madame Tussauds London is yanking a wax figure of West from their floor in the wake of the rapper’s anti-Semitic remarks earlier this month.

The England museum announced the move Wednesday after listening to the public about “what they expect to see,” according to the BBC.

The wax figure of West, who legally changed his name to Ye, will be moved from public view and into the museum’s archives.

“Ye’s figure has been retired from the attraction floor to our archive. Each profile earns their place at Madame Tussauds London and we listen to our guests and the public on who they expect to see at the attraction,” the museum reportedly said in a statement.

The wax figure first arrived at the museum in 2015 along with a waxwork of his now-ex-wife Kim Kardashian, the BBC reported.

The wax museum is the latest in a long list of institutions to cut ties with West.

Adidas dropped the “Stronger” rapper Tuesday after the sports apparel company faced mounting pressure to move on from the ten-year relationship.

“Ye’s recent comments and actions have been unacceptable, hateful and dangerous, and they violate the company’s values of diversity and inclusion, mutual respect and fairness,” the company said in a statement Tuesday.

Other brands to run from West include Balenciaga and Gap. His talent agent CAA also parted ways with him and his completed documentary will also not be shown.

Johnny Depp’s lawyer Camille Vasquez also dropped him in just a matter of days after he refused to pull back his hateful words.

The “All of the Lights” performer additionally shared since-deleted screenshots on Instagram of an iMessage exchange in which he accused Sean Combs, better known as Diddy, of being controlled by Jewish people.

West has been defiant throughout the public uproar. 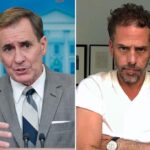 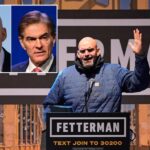