The parents of a missing 11-year-old Madalina Cojocari remained in jail Wednesday after both were unable to make bail, court records showed.

A North Carolina judge had set bail at $250,000 for Diana Cojocari and $200,000 for stepfather Christopher Palmiter for failing to report Madalina missing for three weeks.

A public hearing had been planned, but their lawyers instead agreed new bond conditions with the judge behind closed doors. It was announced if they do make the new bail terms, the pair would have to turn over their passports to the court to prevent them leaving the country. Both parents have family in Moldova, a region in the east of Romania.

The pair were arrested Dec. 17 for failing to immediately report their daughter missing. Madalina was last seen at her home in Cornelius on the evening of Nov. 23 but her parents only reported the sixth grader missing to a school resource officer on Dec. 15.

Both remained at Meckenburg County jail as of Wednesday night, according to the Sheriff’s records.

Despite over 250 leads received by the FBI, the state Bureau of Investigation and the Cornelius Police Department, there is not trace of the 11-year old.

In a video posted last week, Cornelius Police Captain Jennifer Thompson said the parents were not forthcoming with information.

“We know everyone has a lot of questions,” Thompson said. “We also have questions and are doing everything we can, with proper legal authority, to get those answers.”

She added, “This is a serious case of a child whose parents are clearly not telling us everything they know.

Thompson also said investigators from the various agencies involved have knocked on over 245 doors in the Victoria Bay community where the family lived and have conducted a water searches around Lake Cornelius.

In a statement to investigators, Diana Cojocari, 37, said she “believed her husband put her family in danger” after she argued with him on Nov. 23 — the same night Cojocari said she last saw her daughter.

She said after their argument that night Palmiter drove about 550 miles on a nine-hour trip to visit his family in Michigan.

According to an affidavit, Diana Cojocari also told cops she last saw her daughter go to her room about 10 p.m. but refused to elaborate if that was before or after Palmiter left the state.

The FBI last week released a picture of Madalina leaving a school bus where she was last seen wearing a white T-shirt, a jacket and jeans. She also was wearing Adidas shoes with pink, purple and white designs. 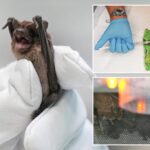 Bats plunge to ground in cold; saved by incubators, fluids 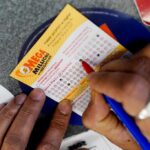