MacKenzie Scott’s second husband is not seeking any spousal support from the wealthy philanthropist in their divorce agreement, according to court documents revealed Thursday.

The 52-year-old former wife of billionaire Amazon founder Jeff Bezos — who herself is among the country’s wealthiest women — won’t be forking over alimony to Dan Jewett, the chemistry teacher she married after splitting from the tech tycoon over his sordid cheating scandal in 2019.

Scott and Jewett’s property and other assets will be divided according to a “confidential contract” that was likely hashed out in a prenuptial agreement, according to the documents signed by a Washington state judge on Jan. 4.

“The real property is divided according to the separation contract,” according to court documents first posted by Insider. “No spousal support is ordered.”

The former lovebirds’ divorce was finalized this week in King County Superior Court after they tied the knot in March 2021, two years after Bezos was outed for cheating on Scott with TV news anchor Lauren Sanchez.

Scott filed for divorce from Jewett, who works as a chemistry instructor at her kids’ prestigious private school, in September.

She reportedly split from Bezos with more than $38 billion in Amazon stock after a divorce settlement.

She has since donated at least $14 billion to hundreds of charities, according to her website, and Forbes reported last month that her wealth is estimated to be $27 billion.

The tycoon, 59, and Sanchez, 53, who is also a licensed pilot and founder of Black Ops Aviation, are still going strong, They gave their first joint interview back in November, in which they gushed about their “fun” and “easy” relationship. 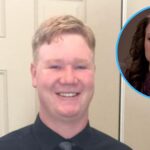 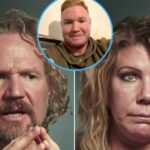