MacKenzie Scott, the ex-wife of the billionaire Amazon founder Jeff Bezos, filed for divorce for a second time Monday, according to a report.

Scott, a billionaire philanthropist herself, is ending her marriage to former science teacher Dan Jewett less than two years after the pair quietly wed in March 2021, according to a court filing obtained by the New York Times.

Jewett — who taught at the prestigious school Scott and Bezos’ children attended — did not contest the divorce, according to the documents. A prenuptial agreement had already assigned who will get what in the divorce.

Scott’s second divorce comes just three years after she and Bezos announced their breakup after a quarter century together. The ex-couple have four children together.

Ahead of her divorce from Jewett, Scott began scrubbing mentions of him on her online profiles, the Times reported.

Her profile on the Giving Pledge, a website where billionaires promise to give away half of their fortune before they died, no longer connects to a profile for Jewett. A photo of the couple together has been replaced by a headshot of Scott.

Her Amazon author bio no longer mentions Jewett and she unceremoniously removed his name from a Medium post she had written about their philanthropic gifts last year.

Scott, who became the 12th richest person in the world after receiving half of Bezos’ assets in her divorce, has avoided media attention while donating huge chunks of money not commonly seen among philanthropists. 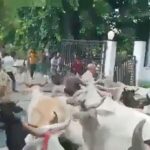 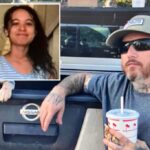 Unclear if Savannah Graziano was abducted by father Anthony Graziano