Pop-punk prince! Machine Gun Kelly (real name Colson Baker) has been a staple in the music industry for years now, having burst onto the scene in 2012 with his successful first full-length studio album, Lace Up.

“I knew right away that he was what I call a twin flame,” the Transformers actress told Lala Kent and ex Randall Emmett – who directed Midnight in the Switchgrass – during a July 2020 appearance on the former couple’s podcast, Give Them Lala… With Randall (which has since been renamed Give Them Lala after the pair split in November 2021, In Touch confirmed).

“Instead of a soul mate, a twin flame is actually where a soul has ascended into a high enough level that it can be split into two different bodies at the same time,” she continued. “So we’re actually two halves of the same soul, I think. And I said that to him almost immediately, because I felt it right away.”

The couple confirmed they were engaged in a romantic proposal video posted to Instagram in January 2022, in which Megan wrote, “In July of 2020 we sat under this banyan tree. We asked for magic. We were oblivious to the pain we would face together in such a short, frenetic period of time. Unaware of the work and sacrifices the relationship would require from us but intoxicated off of the love. And the karma.”

“Somehow a year and a half later, having walked through hell together, and having laughed more than I ever imagined possible, he asked me to marry him,” she continued. “And just as in every lifetime before this one, and as in every lifetime that will follow it, I said yes …and then we drank each other’s blood. 1.11.22.”

While the couple has yet to tie the knot, MGK and the Jennifer’s Body actress are often seen accompanying one another to events, on red carpets, tour and more – and it’s no secret that the “Roll the Windows Up” singer loves to switch up his looks. Keep scrolling to see Machine Gun Kelly’s jaw-dropping transformation over the years! 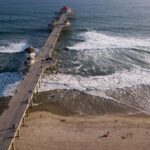 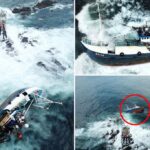