Residents of a tony Brooklyn apartment complex may have enviable amenities but are reliant on hot plates to make food, they claim.

This posh development may boast a fitness center and skyline views, but renters complain they’re without certain necessities, even as winter plows on.

Some 87 inhabitants of Greenpoint’s 210-unit 1133 Manhattan Ave. have begun withholding rent in response to what they claim has been years of gas leaks, resulting in many denizens lacking heating or cooking gas, Gothamist reported. The situation contrasts sharply with the building’s enviable communal offerings, including a “beautiful courtyard, sweeping views of the city, dedicated work and lounge areas” and a CrossFit equipment-filled fitness center, according to the building’s website.

Address inhabitants allege management has loaned out hot plates as a temporary solution, but they’re required to return them between meals. And although the heat has been turned back on in the building as of last month — cooking gas reportedly remains off — recurring gas leaks have rendered certain tenants too scared to use it, as well as afraid for their health.

“I don’t know if I will ever use these units again, because I don’t feel safe,” seven-year building resident Marissa Manzanares told Gothamist of her apartment’s heat. “I had a space heater and a humidifier in one outlet, and it blew the fuses in my apartment so the electricity went out.”

Manzanares added that her son’s lungs, as well as her own, are “terrible” — a result, she believes, of living amid ongoing gas leaks for so long.

Apartments in the building — which was completed in 2014 — on average range in monthly rent from $494 for an income-restricted, lottery-assigned studio to $4,450 for a market rate two-bedroom.

To add insult to injury, Domain Companies, the building’s developer and manager, receive enormous tax breaks on the property, thanks to having participated in the freshly expired 421-a exemption program, a controversial way for real estate companies to save on taxes by making a certain number of units “affordable.”

“The well-being of our Eleven33 residents is our top priority,” Domain Companies executive Mohini Merchant said in a statement, Gothamist reported. “We have communicated with [the tenants] directly on a regular basis.”

The company told residents they were holding back on offering concessions “until we know the totality of the problem,” according to the publication.

Domain Companies did not immediately return The Post’s request for comment. 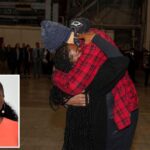 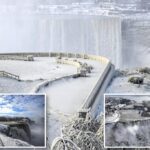