The end of an era? Little People, Big World star Tori Roloff and husband Zach Roloff’s time on the family reality series may be coming to an end amid the ongoing family drama over Roloff Farms.

After a fan asked the former schoolteacher if she and Zach, 32, “will ever step away from filming” during a Wednesday, November 2, Instagram Story Q&A, Tori responded simply, “Yes.”

Tori’s revelation comes just one day after season 24 of the long-running TLC series premiered and amid the damaged relationship between the couple and Zach’s father, Matt Roloff, over the sale of the family farm.

“For a long time, Tori and I have both gone back and forth on if we should buy the farm. So, Tori and I met with my dad and Caryn [Chandler] to talk about our offer,” Zach said in a season 23 confessional.

“When Zach and I finally sat down, we were really in very different camps about what kind of a deal could go on,” Matt, 61, previously claimed. “Zach came in real hot. He didn’t come in to negotiate. He came in to demand.”

Zach and Tori, 31, ultimately purchased a home in Washington, while his father decided to place the family farm – including their former family home – on the market. However, after months of no movement, Matt removed the listing for the family’s former home and is in the process of converting the house into a vacation rental.

The mother of three – who shares children Jackson, Lilah and Josiah with her husband – previously opened up about the couple’s feelings towards filming during a May 2019 appearance on Audrey and Jeremy Roloff’s podcast, “Behind the Scenes.”

“For Zach and I, it’s still fun for us, we still enjoy sharing our story with other people. The minute it becomes pressurized and becomes something bigger than what it is, you have to really stop and think what’s best for our family, and right now it’s fun for us,” she said at the time.

Zach and Tori are the last of the Roloff children on the family’s show as younger brother Jacob Roloff left in 2016, sister Molly Roloff has not appeared since marrying Joel Silvius in 2017, and twin brother Jeremy, 32, exited the series in July 2018.

“After 14 years, over 300 episodes, and 17 seasons, the time has come. A year ago, I made the decision that this season would be our last. It has been an amazing run, and I can’t say thank you enough to all of you who have watched and supported us along the ride,” Jeremy and Audrey, 31, announced via Facebook. 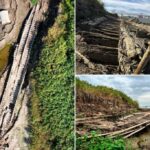 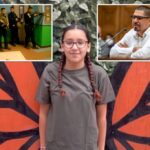