Little People, Big World star Matt Roloff‘s plan to allow short-term vacation rentals at Roloff Farms saw the recent return of two very special guests. His daughter, Molly Roloff, and her husband, Joel Silvius, came for a stay on the Oregon property. The TLC star also gave an update on if 2023 pumpkin season at the farm is going to happen.

Matt, 62, took to Instagram to document some repairs that were done recently on the farm, featuring son Jacob Roloff — who works as a grounds manager on the property.

“We’ve been back in Oregon over a week now … Busy around the clock when I’m on the farm,” Matt ​captioned the series of photos ​ on January 20. “Our plan B … Short Term rental @rolofffarms is going amazing. Thank you to all those (including Molly and Joel) who have come to be our guests. We’re getting great feedback.”

Molly last appeared on Little People, Big World, in 2019. She and Joel got married on the family’s farm August 2017, after meeting in college at Whitworth University in Spokane. Shortly after the wedding, the couple moved back to Spokane, where Molly works as a senior accountant for Nordstrom. She and Joel live a private life now and are rarely seen except for when her family shares rare glimpses of Molly via their social media pages.

The always sociable Matt continued, “It’s fun getting to meet (when I’m here) some very cool folks.” His short-term vacation rental business at the farm has taken off, and he advised potential guests to book “sooner than later,” as “about half the weekends for this year are already booked.”

Many of the weekends that are likely already taken are in the October peak season, as Matt assured fans, “Yes. We are definitely doing pumpkin season 2023!”

While the Roloff family used to live on the property full-time and welcomed visitors during the farm’s annual fall pumpkin season, Matt put his farmhouse and more than 16.46 surrounding acres up for sale for $4 million in July 2022. Four months later, he took the property off the market. Matt and his girlfriend, Caryn Chandler, have a home in Arizona now.

Matt decided to rent out the farmhouse via Airbnb for more than $600 a night. It features 6 bedrooms,5.5 baths and can accommodate up to 16 guests.

The Roloff’s 2022 pumpkin season was a huge success, and Amy’s husband Chris Marek got a big promotion. He took over handling private tours of the farm, which had previously been done by Matt and Amy’s son, Zach Roloff. 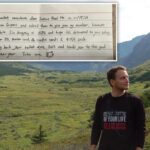 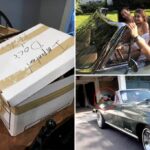 Beat-up box of ‘Important Doc’s’ was out in open at Joe Biden’s house, laptop reveals