“Getting in the Christmas spirit down here in Arizona,” Matt, 61, wrote alongside a photo of him, Molly, 29, and Joel outside of the house he shares with his girlfriend, Caryn Chandler, via Instagram on Monday, December 12.

“Caryn and I hosted Molly and Joel this past weekend. So many new wonderful memories we shared together with Huny (my mom),” he continued in the caption, referencing photos in the Instagram carousel that featured his mother. “Sad to see them have to leave and go back home. Good news is … Caryn and I get to stay a little longer. :).”

Matt posted the snapshots three years after Molly stepped out of the spotlight and stopped appearing on LPBW. While she never officially announced that she quit the show, her final appearance was in 2019.

The Roloff family has kept quiet about the reason Molly stopped being featured on the show, though Matt previously hinted that it could have been due to a previous incident she was involved in.

“We had ​​some other scares in the early days when everybody was young,” the farm owner explained during an episode of the “First Class Fatherhood” podcast in 2020. “We were very protective. Particularly, we were worried about Molly becoming involved in something. When we did the show, we had a number of fans who were overzealous to get to various members of the family that they were fixated on.”

Despite no longer appearing on the TLC show and moving away from her family’s farm in Oregon to Spokane, Washington, Molly has continued to have a close relationship with her family.

In January, Molly’s mom, Amy Roloff, shared a photo of her only daughter and Joel spending time with her and her husband, Chris Marek. “When my daughter and husband come to town, I always have a good time,” the Roloff matriarch, 60, captioned the Instagram Story post. “We just hung out together, and it was simply perfect.”

Meanwhile, Matt previously shared that he visited Molly and Joel in Spokane in July. “Spent the morning visiting my beautiful daughter Molly and her husband, Joel, in Spokane Washington,” he captioned an Instagram post that showed the father-daughter duo smiling together.

Molly’s sister-in-law Tori Roloff addressed a fan’s concern that the accountant is estranged from the family while participating in a Q&A via her Instagram Stories in June.

When asked why fans “never see Molly” – who sometimes goes by the nickname “Jo” – the mother of three, 31, replied, “Because Jo is busy living her best life in Spokompton!! We get to see her in a couple weeks though! We miss her and Joel a lot but talk often.” 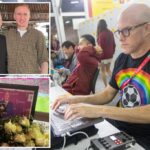 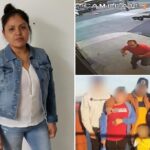