A Louisiana convenience store worker was fired after a video went viral of her tossing a bucket of water on a homeless woman sitting outside the store in below-freezing temperatures.

Video shows a female employee at the Triple S Food Mart in Baton Rouge confronting a homeless woman who was sitting in front of the store on a brisk 26-degree day over the Christmas holiday weekend.

“Move! Not telling y’all again. Move it!” the worker can be heard exclaiming in the video. “Clear the —- out!”

Abdullah Mufahi, the store’s owner, fired the employee featured in the video within 24 hours of the video going viral, WAFB reported.

The employee, identified by the Daily Mail as 44-year-old Kasey Young, posted the video online herself and defended her actions. Young claimed she tried to get the group of homeless people to leave the store’s parking lot and called the police.

An employee of the convenience store told WAFB that Young was known for feeding homeless people in the area and that she lost her temper the morning the video was taken.

Mufahi said during a press conference, “When I got the news, I didn’t speak to the employee too much. All I told her was to leave the property because we do not handle situations like that.”

The employee said the homeless people frequently loiter outside the store, use drugs and harass customers. Despite this, the store’s owner says she should have done “anything but what she did.”

The homeless woman shown in the video has since been connected with the proper services to receive assistance.

The Baton Rouge Police Department could not confirm whether the employee will face any charges. 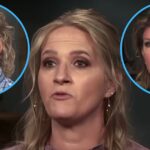 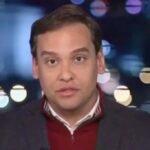 Rep.-elect George Santos claims his resume ‘lies’ are no worse than President Biden’s