Serial “superstar” election losers like Beto O’Rourke and Stacey Abrams are being mercilessly mocked for their latest losses — teased for being “amazing at setting Democrat money on fire.”

O’Rourke, 50, suffered his latest humiliation by failing to unseat Texas Gov. Greg Abbott — the third loss in a row for the Democrats’ one-time big hope and former presidential candidate.

“Senator O’Rourke. No. President O’Rourke. Nope. Governor O’Rourke. Nah,” tweeted “Fox & Friends” co-host Will Cain, one of many questioning “What’s next for Beto.”

Numerous commentators shared sarcastic messages of congratulations to O’Rourke that noted how much money his string of losses has cost.

A Twitter user named Sean Kelly sent a “thank you” to O’Rourke “for setting $200 million of Democrat money on fire for your personal ambition instead of letting that money go toward competitive races!”

The failed Texas candidate was far from the only high-profile Dem loser mocked, with others taking clear delight in Abrams failing to unseat Georgia Gov. Brian Kemp, a repeat of her previous doomed bid.

“And there goes another $105m in Dem money up in smoke,” journalist Glenn Greenwald tweeted at the news.

“Maybe liberals online can be told to direct their cash to competitive races rather than ones based on the fun social media stars always on The View? Wonder how rich Dem consultants got in this race?”

He later elaborated on “how much money Democratic voters waste on social media stars in clearly unwinnable races.”

Federalist CEO Sean Davis tweeted that O’Rourke, Abrams and others like Charlie Crist — the Democrat trounced by Gov. Ron DeSantis in Florida — are “going to have to get real jobs now.”

“We should wish them all luck. They’re amazing at setting Democrat money on fire,” he wrote.

Many also mocked the gushing profiles the losing Democratic superstars had ahead of their latest losses.

Even before Tuesday’s midterms, The Atlantic had highlighted O’Rourke and Abrams in an article titled: “Democrats Keep Falling for ‘Superstar Losers.’”

“The two Democrats are among the country’s best-known political figures … And they have become so well known not by winning big elections but by losing them,” the magazine noted.

Late Tuesday, the Texas Tribune also questioned O’Rourke’s chances of ever bouncing back.

“Beto O’Rourke has lost three races in four years. Is his political career over?” the outlet asked of the man who, it said, just four years ago had been the “next great hope for the Texas Democratic Party.”

In his concession speech, O’Rourke admitted that he does not know what his future holds, while insisting: “I’m in this fight for life.”

After her loss, Abrams also claimed “there will always be another chapter.”

“I may no longer be seeking the office of governor, but I will never stop doing everything in my power to make sure the people of Georgia have a voice,” she told supporters. 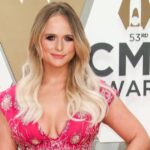 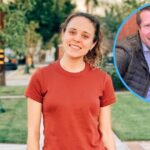 Jim Bob, Michelle Are ‘Bracing Themselves’