Los Angeles sheriff Alex Villanueva was soundly defeated in his bid for reelection, conceding from the race on Tuesday.

Villanueva lost to Robert Luna, who drew in more than 60% of votes when the Associated Press called the race.

“Thank you, L.A. County. I’m deeply honored and humbled that you have elected me as your next Sheriff,” Luna said in a statement posted to Twitter. “With your vote, you have entrusted me with a clear mandate to bring new leadership and accountability to the Sheriff’s Department. And that’s exactly what I will do.”

Villanueva, who served one four-year term, blamed his defeat on Los Angeles’ “weaponized political machine” and knocked the media in a rambling and emotional concession speech.

“You can’t survive if all you can do is pair it with the political narrative of the establishment,” he said in a direct appeal to journalists, Fox News reported. “That is democracy in decline. So, get back to reporting everything, both sides, passionately, and then we’ll be better off because of it.”

The sheriff previously faced criticism for attempting to muzzle the press by insinuating that a local reporter was under criminal investigation related to her coverage of a leaked tape showing a deputy kneeling on a handcuffed inmate.

Villanueva was at the center of multiple scandals during his term. He often clashed with members of the LA County Board of Supervisors and downplayed allegations that he allowed gang-like groups of deputies to run freely.

He said the controversies were “false narratives” crafted as political attacks.

Luna is set to be sworn in as sheriff in a ceremony next month.

“I want to wish the incoming sheriff well,” Villanueva said. “The safety of the community depends on him succeeding.” 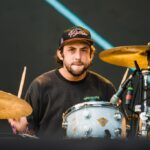 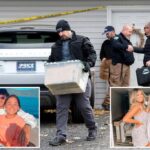 Police shocked by scene of University of Idaho slayings