Violent Mexican drug cartels that traffic fentanyl and counterfeit pills have turned Los Angeles into one of the top distribution hubs in the country, federal officials said.

Los Angeles County has become ground zero in the trafficking pipeline as the Sinaloa and Jalisco New Generation cartels have increased their distribution of the cheaply manufactured pills that look like prescription drugs.

The fentanyl crisis hitting the country is “unprecedented,” US Attorney Martin Estrada said at a press conference about the drug crisis Monday.

“This drug has taken the lives of too many young people, many who are not addicts but took counterfeit pills not knowing they contain fentanyl,” Estrada said. “Many of these pills are sold using social media, targeting our young people.”

At the Los Angeles press conference, Estrada and other federal officials provided a grave warning regarding the proliferation of the brightly colored counterfeit drugs laced with fentanyl, known in the street as “skittles.”

Estrada said cartels manufacture the counterfeit pills for about 13 cents each in Mexico.

Edddie Wong, acting Special Agent for Homeland Security in LA, said in the past three years, HSI has seen an 80% increase in the number of fentanyl seized in Los Angeles.

“Sadly, in this current fiscal year my office is on track to seize double the amount of fentanyl that we seized during the past four fiscal years combined,” Wong said.

“So while these statistics highlight a disturbing trend, the ending to this story has not yet been written. But if we’re going to change the narrative we need to act now and we need to act decisively. This epidemic cannot be ignored or overlooked.”

Estrada said there were 71,000 fentanyl-related deaths last year in the United States, including 1,600 in LA County alone.

Federal officials on Monday also announced the indictment of Christopher Hampton of Cerritos, Calif., who was charged with multiple narcotics and weapons offenses for selling more than $2 million worth of narcotics by using at least nine sites on the darknet, a web network with restricted access often used for trading of goods and other illegal activity.

Hampton, 36, allegedly ran an crime ring that obtained fentanyl in bulk, which were then pressed into pill form in labs located in Inglewood and Compton. Federal officials said Hampton allegedly used the moniker “Narco710” on the darknet.

The indictment alleges Hampton sold nearly $2 million worth of narcotics in just two of the darknet marketplaces he controlled with his co-conspirators.

The investigation was conducted by the FBI’s Criminal Opioid Darknet Enforcement Team (J-CODE) and the DEA HIDTA Tactical Diversion Squad.

Since it began operating four years ago, the J-CODE team has arrested over 300 darknet drug traffickers, seized about $42 million and 800 kilograms of narcotics, said Brian Gilhooly, FBI special agent in charge of the LA criminal division

“The Narco710 investigation is believed to be the largest drug seizure of a dark net,” Gilhooly said. “Due to our proximity to the Mexican border, Los Angeles is a major hub where a dark web drug trade can flourish. Every parent and guardian should educate their children about the dangers of purchasing illegally manufactured drugs online. The statistics don’t lie and people are overdosing in record numbers.” 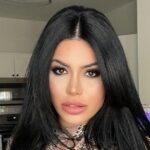 Where Is Larissa Dos Santos Lima From ’90 Day Fiance’ Now? 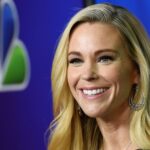 Kate Gosselin’s Move to North Carolina Due to Financial ‘Issues’