Mere hours after solemnly praying at Ground Zero for the victims of 9/11, Pope Benedict XVI got cheered like he was Derek Jeter while leading mass at Yankee Stadium.

The day was April 20, 2008, and it marked the conclusion of the late Pope’s historic six-day pilgrimage to the United States, which included spending the last three days in the Empire State and leaving many New Yorkers — among the state’s 7.3 million Catholics — feeling blessed.

“Benedict was something unique – a spiritual leader, a theologian, and someone who made me feel at peace and at ease,” recalled New York Building Congress President Carlo Scissura, who attended the pope’s gala sendoff back to Rome later that day at Kennedy Airport.

“It was a memorable experience for me personally. He was a true presence as a leader when you met him in person.”

Benedict made his lone trip to the US in part to apologize for a priest-abuse scandal that had scarred the Catholic Church, and he met behind closed doors with victims of pedophile priests.

He spent his first three days in Washington DC, where he was greeted by then-President George W. Bush and discussed turmoil in the Middle East and other topics. The Pope also celebrated turning 81st by having a crowd of 4,000 sing “Happy Birthday” to him on the White House lawn, and he held mass for more than 40,000 at Nationals Park.

On April 18, he arrived in Manhattan and addressed the United Nations General Assembly, where he warned of grave disparity between the haves and have-nots of the word. He also became the first Pope to visit a Jewish place of worship in the United States when he showed up on the eve of Passover at the Park East Synagogue.

Rabbi Arthur Schneier greeted Benedict warmly, declaring, “The sun is shining. The heavens are rejoicing on this day.”

The next day, Benedict visited St. Patrick’s Cathedral where held mass for 3,000, mostly clergy, and spoke about the child-sex abuse scandal and declared it a time for healing. He also met with more than 20,000 teens and young adults at a youth rally at St. Joseph’s Seminary in Yonkers, NY.

During his final day in New York, Benedict became the first pope to visit the former Twin Towers site in Lower Manhattan and bless the sacred soil of Ground Zero. He urged worldwide unity against terrorism and prayed with a handful of 9/11 survivors, victims’ relatives and first responders.

“He held my hands, and it was comforting. I thanked him very much for coming,” said Rose Mazza of Massapequa, LI, at the time. Mazza lost her daughter Kathy, a Port Authority Police captain, on 9/11.

“I can now talk about Kathy. Before this, I couldn’t. He brought closure to us,” Mazza said.

Benedict gave Mazza and others a memento of the experience: a cross cut out of steel from the fallen towers.

The Pope then headed north to the Bronx to visit what many sports purists consider baseball holy ground: Yankee Stadium.

White doves soared as the pontiff took his position in front of 57,000 faithful on a makeshift stand over second base. More than 200,000 had requested passes to the free event.

The papal seal covered the pitcher’s mound, and the crowd wildly waved handkerchiefs of white and gold – the Vatican’s colors – as Benedict entered to loud cheers like it was Game Seven of a World Series.

He was serenaded by everyone from Harry Connick Jr. to the Young People’s Chorus of New York City, and he left the “House that Ruth Built” to the strains of “Ode to Joy,” from Beethoven’s Ninth Symphony.

Before he boarded his flight at Kennedy Airport later evening, he told Scissura, then-Vice President Dick Cheney, then-Mayor Bloomberg and some 5,000 others in attendance: “It has been a joy for me to witness the faith and devotion of the Catholic community here.”

Before stepping onto an Alitalia Boeing 777 dubbed “Shepherd One,” Benedict exclaimed, “May God bless America!” 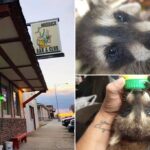 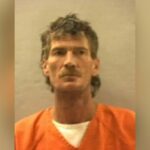