London police are on the hunt for a 16-year-old boy they believe stabbed a man to death last weekend.

George David, of Downham, may be hiding with the help of other individuals following the killing of Gabriel Petrov Stoyanov last Friday, the Metropolitan Police said.

Two other teenagers, a 14-year-old boy and a 17-year-old boy, were arrested this week for allegedly taking part in the gruesome murder, but David has been on the lam for a week, police said.

Both of the other suspects remain in custody.

“George, my message directly to you is that you must attend a police station immediately,” Detective Chief Inspector Kelly Allen said Thursday.

“We believe it’s possible George is being hidden or moved around by people he knows. My message to those people is that if you are working to frustrate our enquiries you should be very much aware of the trouble you could find yourself in. We will seek to arrest and prosecute you to the fullest extent of the law.”

Stoyanov was stabbed just before midnight on Bromley Road.

The 21-year-old was taken to an area hospital but died from his injuries the next afternoon.

Friends of Stoyanov remembered him as a “true gentleman with a heart of gold,” the US Sun reported.

“Left the party too soon my friend. I hope you are in a better place. Words are not enough, but we will always carry you in our hearts. We’ll see each other again I’m sure I’m asking anyone willing to help his family through this ordeal. We love you, Gabriel!” one friend said. 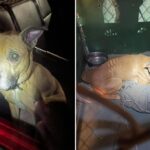 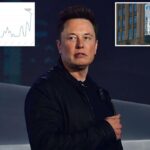