A suspect in the United Kingdom’s deadliest terror attack was in US custody Sunday morning.

The plane was en route from London to New York when it blew up, killing 270 people. The victims of the attack included 190 Americans.

Mas’ud was taken into custody two years after authorities charged him in connection with the massacre. He was being held by Libyan authorities.

“Scottish prosecutors and police, working with UK Government and US colleagues, will continue to pursue this investigation, with the sole aim of bringing those who acted along with Al Megrahi to justice,” a spokesman for the UK Crown Office and Prosecutor Fiscal Service told the outlet.

Mas’ud, an alleged top bomb-maker for the late Libyan dictator Moammar Khadafy, faced two criminal counts, including destruction of an aircraft resulting in death, according to The New York Times.

It was unclear how the US negotiated his extradition, the paper reported.

Abdel Baset al-Megrahi, a former Libyan intelligence officer, is the only person ever convicted in the terror attack. 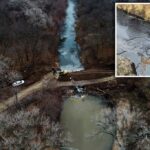 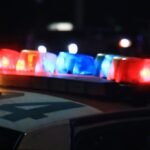