Love, engagement, and professional success? San Diego native Liz Woods, 30, was first introduced to 90 Day Fiancé fans during season 1 of 90 Day: The Single Life as none other than Ed “Big Ed” Brown’s love interest. Ed, 57, has been a 90 Day staple for years, gaining international recognition due to his failed romance with Rose Vega, 26, a Filipino woman he met online. While Ed and Liz’s relationship has endured a rollercoaster of drama, there’s one element of the breakthrough star’s life that is more or less established – her job. Keep reading to learn everything we know about Liz’s career and how she makes a living.

Fans first got a glimpse of Liz on the smash TLC show thanks to Ed’s unabashed pining for the gorgeous single mom. Telling the cameras that she was a friend and a “totally hot waitress manager,” Ed made it very clear that he had far more in mind than simply ordering a delicious meal from his favorite restaurant. Specifically, Liz worked at the Encontro North Park restaurant in San Diego, California, and could be seen regularly on the eatery’s social media pages. While it’s not crystal clear how much money Liz made from her position, Indeed estimates that a restaurant manager in California can take home about $65,000 a year, which is 19 percent higher than the national average.

So, does the TLC star still work at the gastropub-style restaurant? A Reddit user posted about their interaction with an Encontro bartender in February 2022, who admitted that Liz “picks up random shifts” here and there but doesn’t consistently work due to her “big TV deal.” Not only does filming get in the way of Liz’s work schedule, but the bartender said that the 90 Day star “doesn’t need to” work as frequently as she used to.

Did Big Ed Have a Negative Impact On Liz’s Career?

Liz might not need to pick up as many shifts at the Encontro North Park restaurant to pay the bills, but that could be for the best. Patrons have taken to Google Reviews to express their disappointment with the restaurant’s business interactions with the 90 Day couple, with one customer even saying that they couldn’t “support a business that glamorizes” someone – Ed, in this case – “with a history of ill-treatment towards women.” The reviewer was referring to Ed’s unabashed behavior that has been captured on camera, which has been as extreme as him telling his fiancée that she needs to lose weight.

Yet another disappointed Encontro customer took to Google Reviews to express their frustration when Ed-themed stickers showed up in their to-go order, writing, “Why, why, why would any customer want to open their meal to stickers of Big Ed’s face!? If you don’t know who he is then this would be even more disturbing. “

How Else Does Liz From ‘90 Day Fiance’ Make Money? Her Income

Luckily for Liz, her job at the Encontro North Park restaurant is not the only stream of income she has access to. While it remains unclear as to how much money she makes from the 90 Day franchise, it’s been estimated that her fiancé, Ed, takes home at least $1,000 per episode and receives a bigger paycheck for reunion specials. The couple is currently starring in season 7 of 90 Day Fiancé: Happily Ever After? as of publication – if Liz’s income is comparable to Ed’s, she’s likely bringing home a sizable paycheck given the typical season length of 18 episodes. 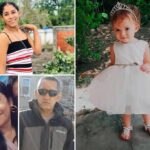 Cuba blames US for ‘encouraging’ its citizens to seek asylum 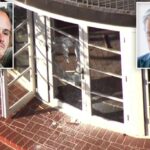