Speaking from the steps of Downing Street, Truss offered her successor, Rishi Sunak, her full support after 49 days of pure chaos in office and the weakest pound the country has ever seen.

Truss, who made history as the nation’s shortest-serving leader ever, said the UK “simply cannot afford to be a low-growth country.”

“Our country continues to battle through a storm. But I believe in Britain. I believe in the British people,” she said in her farewell speech. “And I know that brighter days lie ahead.”

In her speech, Truss — who spent just seven weeks in No. 10 — doubled down on her political standpoint.

“From my time as prime minister, I am more convinced than ever, that we need to be bold and confront the challenges that we face,” she said. “As the Roman philosopher Seneca wrote, it’s not because things are difficult that we do not dare is because we do not dare that they are difficult.”

Truss will officially offer her resignation to His Majesty King Charles III on Tuesday, when she will meet him in Buckingham Palace.

The King will then ask the new leader of the Conservative Party, Sunak, to form a new government and appoint his cabinet ministers.

Sunak, who finished second to Truss in this summer’s leadership race to replace former PM Boris Johnson, warned of the economic consequences of Truss’ leadership plan during the race.

Truss’ tumultuous stint was ultimately brought down by a fiscal fiasco over her proposal to cut taxes on the wealthy while raising corporate taxes — which faced hostile opposition from her own Conservative Party and sent financial markets into a weeks-long slide.

“I cannot deliver the mandate on which I was elected,” she said last week, just one day after pledging to remain in office as “a fighter, not a quitter.”

Truss’ brief tenure had already seen soaring mortgage rates, a plummeting pound, and a chaotic bond market — set into motion by her plan to abandon a 45% tax rate on high-income earners. A proposal to cap energy bills would have cost taxpayers $116 billion.

The Bank of England stepped in to take emergency action to prop up the bond market last month and “restore orderly conditions” to protect pension funds and ward off inflation.

Truss was the third prime minister to resign in as many years. In 2019, Theresa May stepped down over her failure to negotiate a divorce from the European Union.

Sunak becomes the second unelected head of state the UK has seen in just two months. 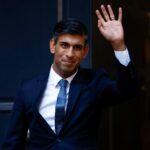 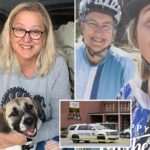