Little People, Big World star Amy Roloff is doing some major decluttering as she tidies up after the chaotic holiday season.

“The wrapping gifts room clean up,” the TLC star, 60, wrote via her Instagram Stories on Monday, December 26, alongside a photo of the messy space. “The New Year is almost here — may need our workout room.” In the snap, her former fitness space was littered with shopping bags, open boxes and miscellaneous gifts clearly meant for her grandchildren.

Hours later, the matriarch updated her followers and revealed a new clean room.

“Oh boy! All cleaned up (for the most part) so I guess this means I better use the workout room,” she joked.

The Amy Roloff’s Little Kitchen star had a full house as she celebrated the holidays early, hosting her son Jeremy Roloff, his wife Audrey Roloff and their three kids Bode, Ember and Radley.

“Christmas at Mimi’s,” Audrey wrote across a photo via her Instagram Stories on Friday, December 23, of Amy smiling for the holiday photos alongside her three grandchildren. In another snap, Amy’s husband, Chris Marek, got in the spirit as he posed behind the group in a later photo.

In a later clip, the mom of three captured the sweet moment her kids baked sweet treats with their grandma.

“Mimi crushing it with the dinner and dessert per usual,” the “Behind the Scenes” podcast host captioned the fun baking video. While the kids clearly enjoyed the holiday festivities, Audrey and Amy still made time for quality time and enjoyed some drinks together.

“Christmas cocktails,” Audrey wrote across a clip of her saluting a glass with her mother-in-law.

Also feeling the messiness of the holidays is Amy’s daughter-in-law Tori Roloff. With the arrival of baby Josiah in April 2022, Tori reported her youngest refuses to sleep for more than 20 minutes and the lack of sleep is becoming overwhelming.

“When you have a lack of sleep and you feel like you’re sinking and failing as a mother, it can be frustrating,” she told her husband Zach Roloff during a December 2022 episode. 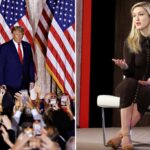 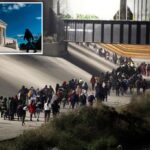