Lisa Marie Presley’s heart stopped twice and was pronounced brain-dead Thursday, prompting her family to order doctors not to resuscitate her, sources said.

The famous daughter of Elvis Presley was rushed to the hospital Thursday after suffering cardiac arrest at her home in Calabasas, California.

The “Lights Out” singer was pronounced brain-dead shortly after she was brought in. Doctors put her in an induced coma and on life support with a temporary pacemaker, sources told TMZ.

Presley’s family signed a DNR after the brain-dead prognosis in the event she flatlined again, which happened soon after. She suffered a second cardiac arrest and was pronounced dead at the age of 54.

It is not clear how long Presley had been without oxygen before her housekeeper found her unresponsive in her bedroom that morning. Her ex-husband Danny Keough performed CPR until EMTs arrived.

Just two days before her death, Presley appeared unsteady and frail at the Golden Globes. During a rep carpet interview, Presley leaned against 80-year-old talent manager Jerry Schilling and told him “I’m gonna grab your arm.”

Another video from the event showed Presley shuffling and stumbling as three people, including Elvis biopic actor Austin Butler, stepping forward to assist her down the stairs. 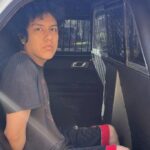 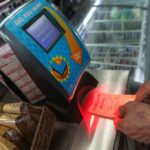 Friday’s $1.35B Mega Millions jackpot numbers have been drawn