When you think of Lisa Marie Presley, you can’t help but have the King of Rock and Roll come to mind. There is a lot more to the singer than just being Elvis Presley‘s daughter, however — Lisa Marie is a loving mom and has been married four times, most recently to ex-husband Michael Lockwood. She shares daughters Finley and Harper with Michael.

When Did Lisa Marie Presley Marry Her Ex-Spouse?

The former pair tied the knot in January 2006 in Kyoto, Japan, and two years later, their twin daughters, Finley and Harper, arrived in 2008. Lisa Marie and Michael stayed together until 2016 when the songstress filed for divorce in June, citing “irreconcilable differences” as the reason for their split.

“He apparently was in charge of her assets throughout the marriage and didn’t do what he should have done on a fiduciary basis,” the songwriter’s legal rep Ronald Litz told People at the time. “He took advantage of her.”

Why Were Lisa and Michael in a Custody Battle?

After parting ways, Lisa Marie and the “Have Heart Live Young” artist were entangled in a turbulent custody battle over the girls. While the two currently share joint custody, the “Lights Out” rocker has physical custody of the kids while Michael is allowed supervised visits with Finley and Harper three times a week, People reported.

“The custody battle isn’t moving forward as quickly as she’d like,” a family insider exclusively told Closer Weekly in January 2020 about Lisa Marie, who is also the mom of daughter Riley Keough, 31, and late son Benjamin Keough with her first spouse, Danny Keough.

Their custody battle continued until late 2022 when they reportedly settled child custody out of court, per The Sun. In May 2021, the ex-duo’s divorce was finally finalized, nearly five years after Lisa Marie first filed. According to court documents obtained by Closer, a judge granted a dissolution of their marriage, ruling Lisa Marie and Michael legally divorced.

Despite going their separate ways, Lisa Marie doesn’t regret her marriage with the “Have Heart Live Young” artist because she became the mom of their beloved girls. “[Finley and Harper] came as a blessing in the middle of all this destruction,” the “So Lovely” singer once explained about having children. “Everyone was leaving my life, although that was people exposing themselves for what they were. So there was good light.” 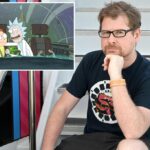 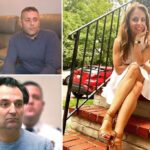 Ana Walshe had a ‘meltdown like Britney Spears’: tenants